Marvel has finally graced fans with a solo Venom franchise. Known as the super villain in the Spiderman Universe, Venom has had a special place in many Marvel Comic readers for decades. Tom Hardy will play Eddie Brock, which hosts the alien symbiote that consumes his body and becomes Venom.

Will be Spiderman have an appearance? Will Carnage show his face? There are so many questions fans have, which aren’t mentioned in the first teaser trailer released by Sony/Marvel. We do know that Michelle Williams will play Ann Weying, which in the comics is Eddie’s ex-wife and She-Venom or The Bride of Venom. Also Riz Ahmed will take the role as Carlton Drake, the founder of the Life Foundation.

Venom appeared in Spiderman 3 (below) back in 2007 but it was short and kinda disappointing for most fans. A spinoff Venom movie was in the works eleven years ago but had a lot of challenges, but as Marvel and Sony reached agreements to expand the Marvel Cinematic Universe Spiderman: Homecoming happened, and now Venom is set to hit theaters October 2018. 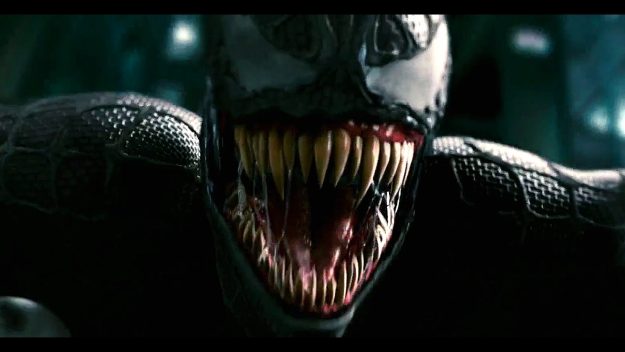