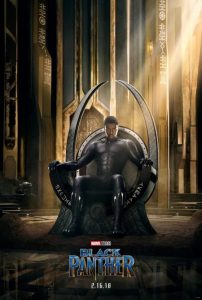 One of the most anticipated films of the decade has finally came to the light. Marvel introduced The Black Panther in Captian America’s Civil War film in 2016. Since then fans have been itching for anything related to the upcoming film. And here it is the first of many Trailer Teasers of the new film Black Panther. T’Challa, the new ruler of the advanced kingdom of Wakanda, must defend his land from being torn apart by enemies from outside and inside the country.The film star Chadwick Boseman, Michael B. Jordan, Angela Bassett and Lupita Nyong’o.