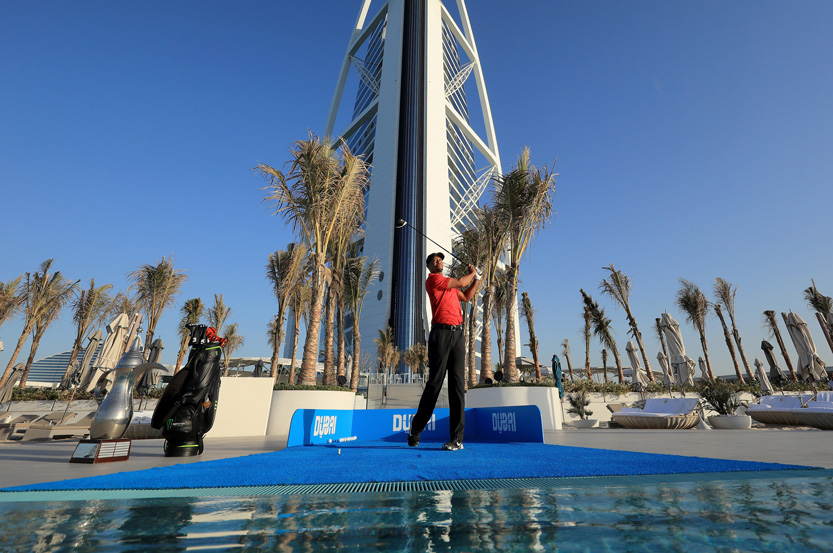 Golf Legend Tiger Woods drives balls into the Arabian Gulf off the terrace at the Burj Al Arab in Dubai, United Arab Emirates. Competing in the 2017 Omega Dubai Desert Golf Classic for the eighth time.  Woods has won two titles one in 2006 winning a playoff against Ernie Els and the other in 2008 he edged out Martin Kaymer and Ernie again to take the title. 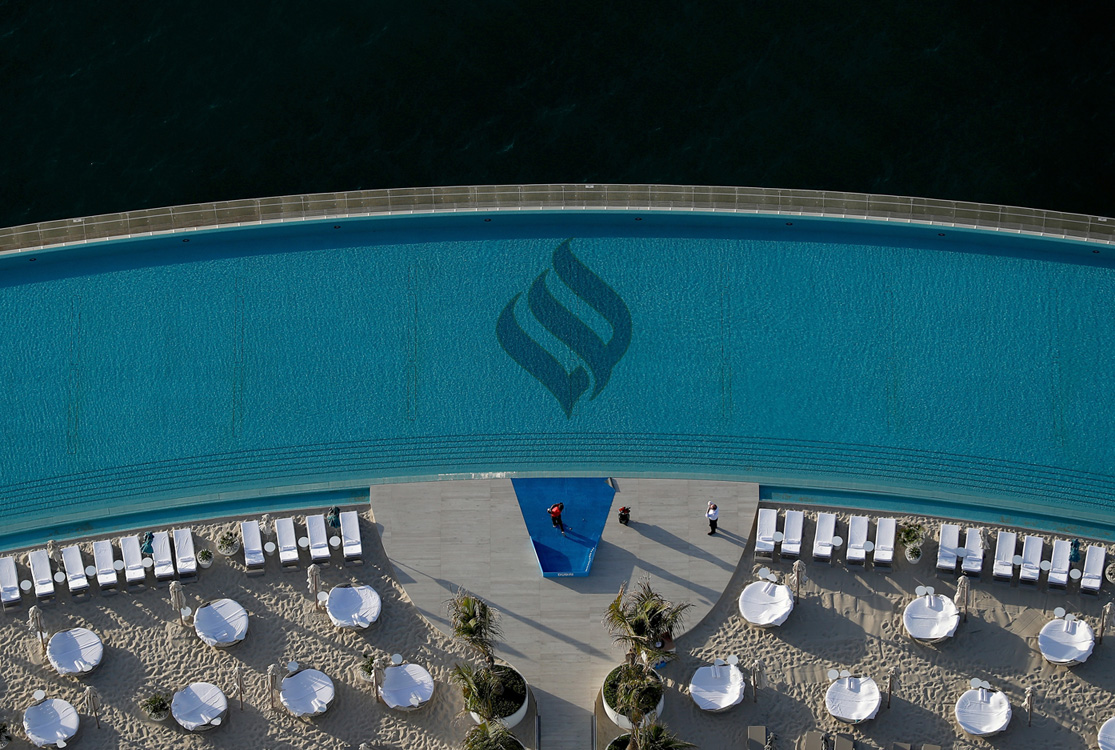 Tiger returned to the same spot where he famously hit golf balls off the Burj Al Arab helipad. This year he took off from that pad and toured the location of the new course he designing scheduled to open in 2019. 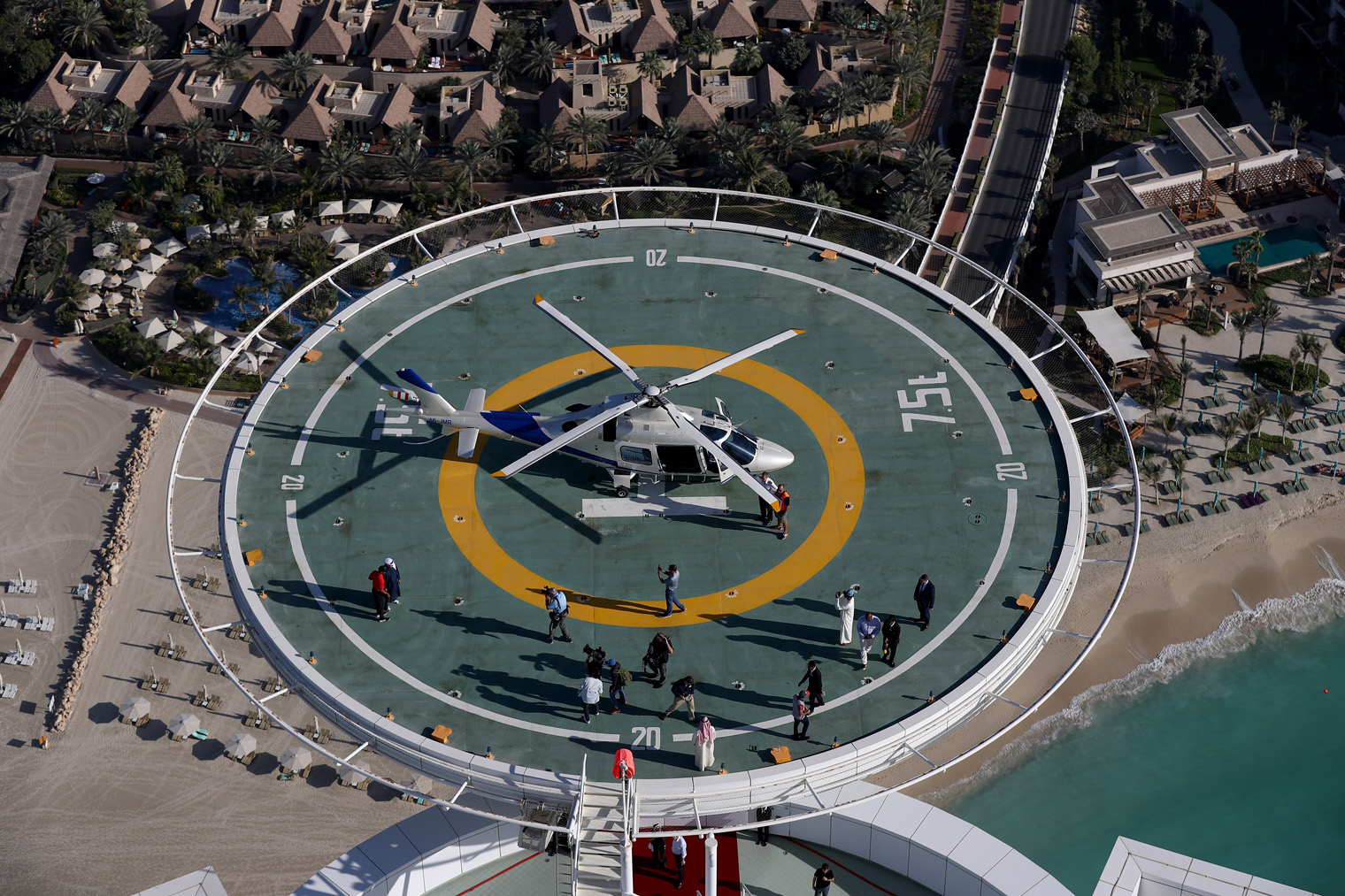