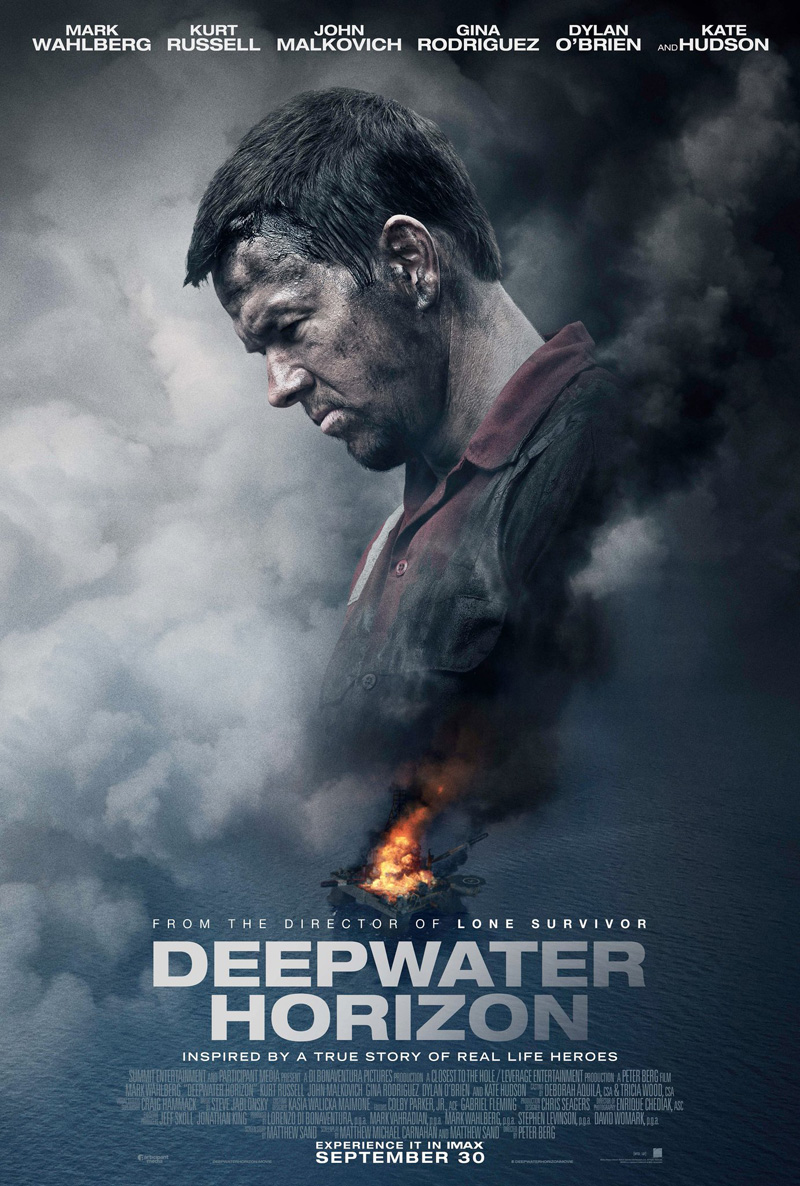 Mark Wahlberg stars in a story set on the offshore drilling rig Deepwater Horizon, which exploded during April 2010, which created the worst oil spill in American history.

The movie shows audiences an inside look at what really happens on an oil drilling rig and the dangers the men and women face everyday to provide the worlds most needed resource. Deepwater Horizon shows us an account of what happened on April 20th, 2010. The film has an all-star cast which includes, Kurt Russell, John Malkovich, Kate Hudson, Dylan O’Brien and Gina Rodriguez.

On April 20, 2010, an explosion rocked the Deepwater Horizon drilling rig in the Gulf of Mexico, killing 11 workers and sending oil gushing into the water. By the time the well was sealed months later, about 5 million barrels of oil had spilled into the Gulf.

Here are five other facts about this tragedy.