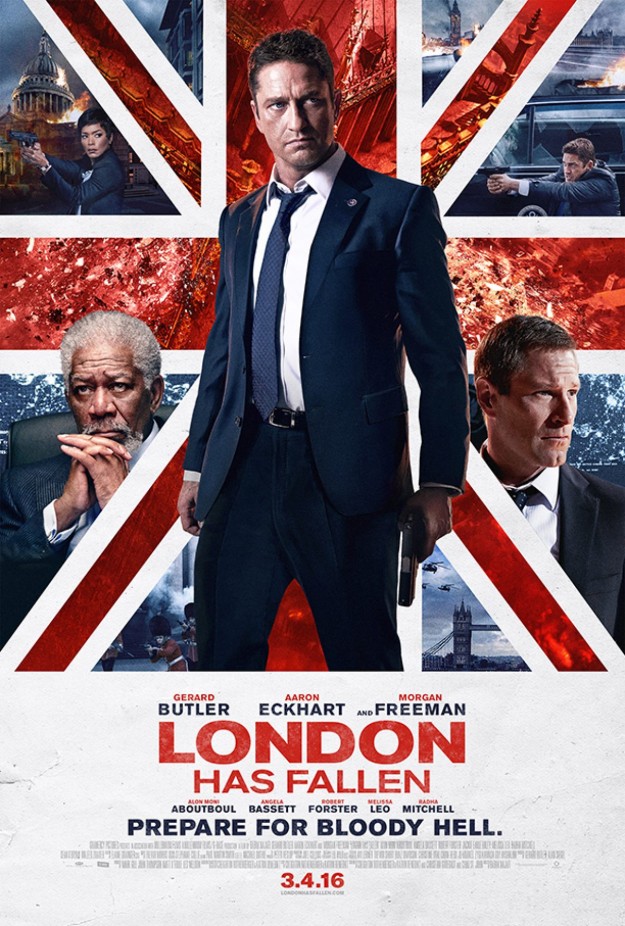 London has Fallen and Mike Banning (Gerard Butler) is back to save the the President again from world terrorists.  In the first installment, Olympus Has Fallen, Presisdent Asher (Aaron Eckhart) was attacked from Korean Terrorist and survived.  Years later Pres. Asher is on his way to London for a international funeral and gets caught in the cross hairs once again.

After the British Prime Minister has passed away under mysterious circumstances, all leaders of the Western world must attend his funeral. But what starts out as the most protected event on earth, turns into a deadly plot to kill the world’s most powerful leaders and unleash a terrifying vision of the future. The President of the United States, his formidable secret service head and an English MI-6 agent who trusts no one are the only people that have any hope of stopping it.

Morgan Freeman and Angela Bassett also return to help Banning take on an army of terrorists hunting the most powerful man in the world.  The sequel holds up to expectation and damn near exceeds the first film. This film could easily have been called Call of Duty it was that intense. Two guys against the world and they win.