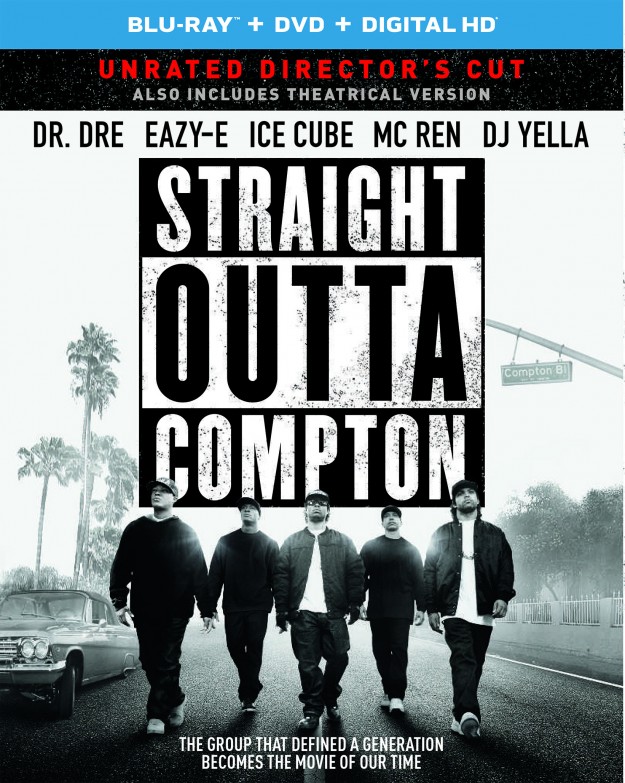 In 1987, five young men, using brutally honest rhymes and hardcore beats, put their frustration and anger about life in the most dangerous place in America into the most powerful weapon they had: their music. Taking us back to where it all began, Straight Outta Compton tells the true story of how these cultural rebels-armed only with their lyrics, swagger, bravado and raw talent-stood up to the authorities that meant to keep them down and formed the world’s most dangerous group, N.W.A. And as they spoke the truth that no one had before and exposed life in the hood, their voice ignited a social revolution that is still reverberating today. The film stars O’Shea Jackson Jr., Corey Hawkins and Jason Mitchell, directed by F. Gary Gray and produced by Ice Cube and Dr. Dre. Additional information around the release can be found on the film’s official website: www.straightouttacompton.com.

The film features O’shea Jackson Jr (Ice Cube), Corey Hawkins as Dr Dre, Jason Mitchell as Eazy E, Neil Brown Jr as DJ Yella, Aldis Hodge as MC Ren and R. Marcos Taylor as Suge Knight. There are so many other cameos and features the list goes on and on..

Straight Outta Compton BluRay Package
Your Entries
0
Total Entries
2
Days Left
Ended
Kore Magazine is teaming up with Universal to give away 5 "Straight Outta Compton" Surprise Packages. Enter for your chance to win, must supply correct email for confirmation then mailing address for Surprise Package.
This contest expired.
Powered by ContestHopper