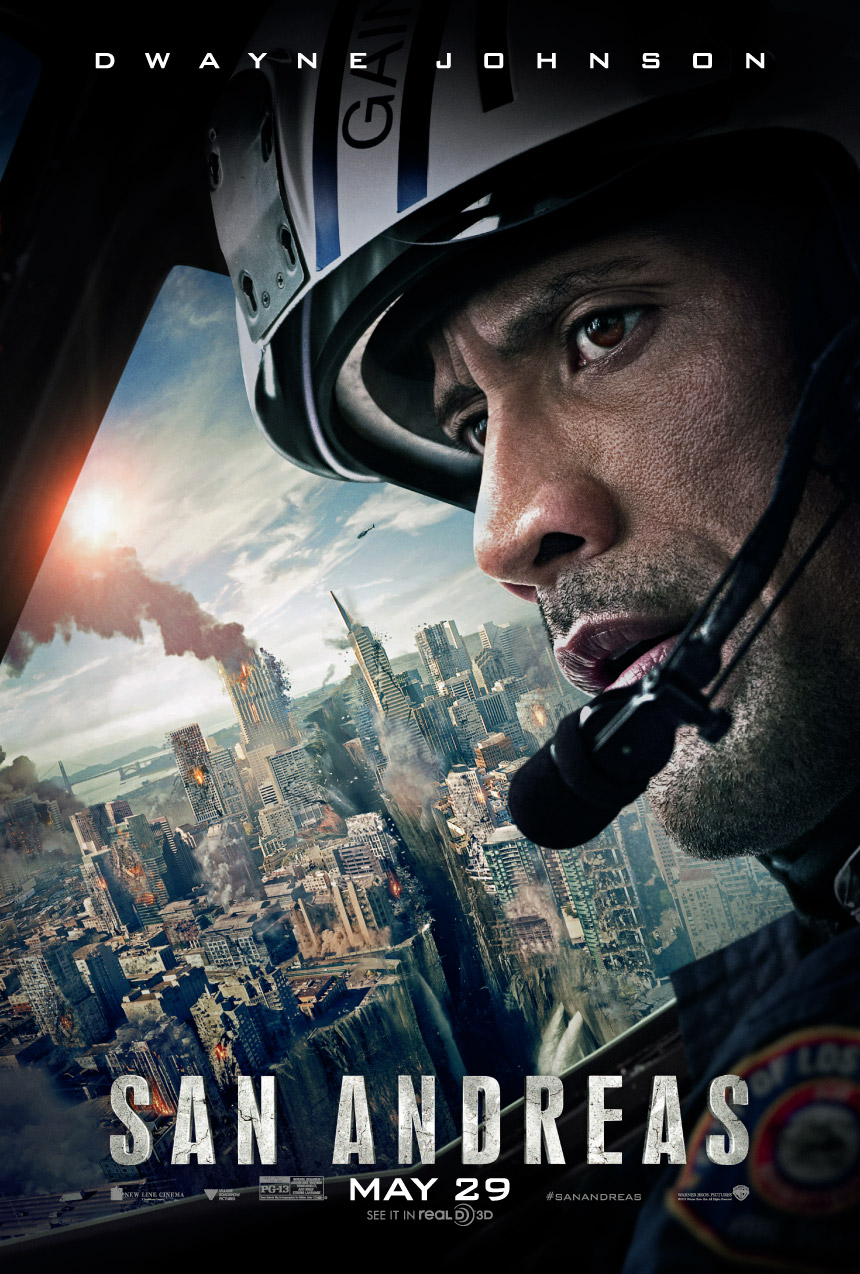 We all knew it would happen one day, we just didn’t think it would happen this soon. Hollywood’s Heavyweight, Dwayne Johnson stars in the new California Thriller, San Andreas in theaters May 29th.  In the aftermath of a massive earthquake in California, a rescue-chopper pilot [Ray/Dwayne] makes a dangerous journey across the state in order to rescue the one’s he loves. The question is, will Ray make it before it’s too late?

Could these events really happen? Some think we are on the edge…

The San Andreas Fault line is roughly 810 miles stretching North to South all the way through California.  Cities that fall near the line are Los Angeles, Imperial, Riverside, San Bernardino, Kern, San Luis Obispo, Monterey, San Benito, Sants Cruz, Santa Clara, San Mateo, Marin, Sonoma, Mendocino and arguably Humbolt. The SAF does not go through Los Angeles directly, it lies about 40 miles north of the city going through the three major transportation and utility corridors leading to Los Angeles: I-10 in San Gorgonio Pass and the Coachella Valley (Riverside County), I-15 in Cajon Pass (San Bernardino County), and I-5 in Tejon Pass near the junction of Los Angeles, Kern and Ventura Counties).

The film also features Alexandra Daddario and Carla Gugino which play Dwayne Johnson’s characters motivation for getting through the cataclysmic events that will take place as the Earth splits in two.  The magnitude of the San Andreas Fault Line separating is not just a localized event, its a nation wide catastrophe. Director Brad Peyton does an amazing job giving viewers a very close to accurate description of what be to come for the western united states.

WIN TICKETS for SAN ANDREAS MOVIE
Your Entries
0
Total Entries
2
Days Left
Ended
Enter to Win a Pair of Tickets to see San Andreas on May 26th in ATLANTA
This contest expired.
Powered by ContestHopper