As Marvel expands their cinematic universe the hopes to reboot the legendary franchise, Fantastic Four come to life this summer.  Director Josh Trank (Chronicle) and writer Simon Kinberg (X-Men: Days of Future Past) take a stab at rebooting the group with a few slight twists.  For starters it’s an Origin Story, allowing fans to see how the four actually came together and focuses on how they get their powers.  Storyboard takes the group on a scientific mission which teleports them to an alternate and dangerous universe where strange things happen. 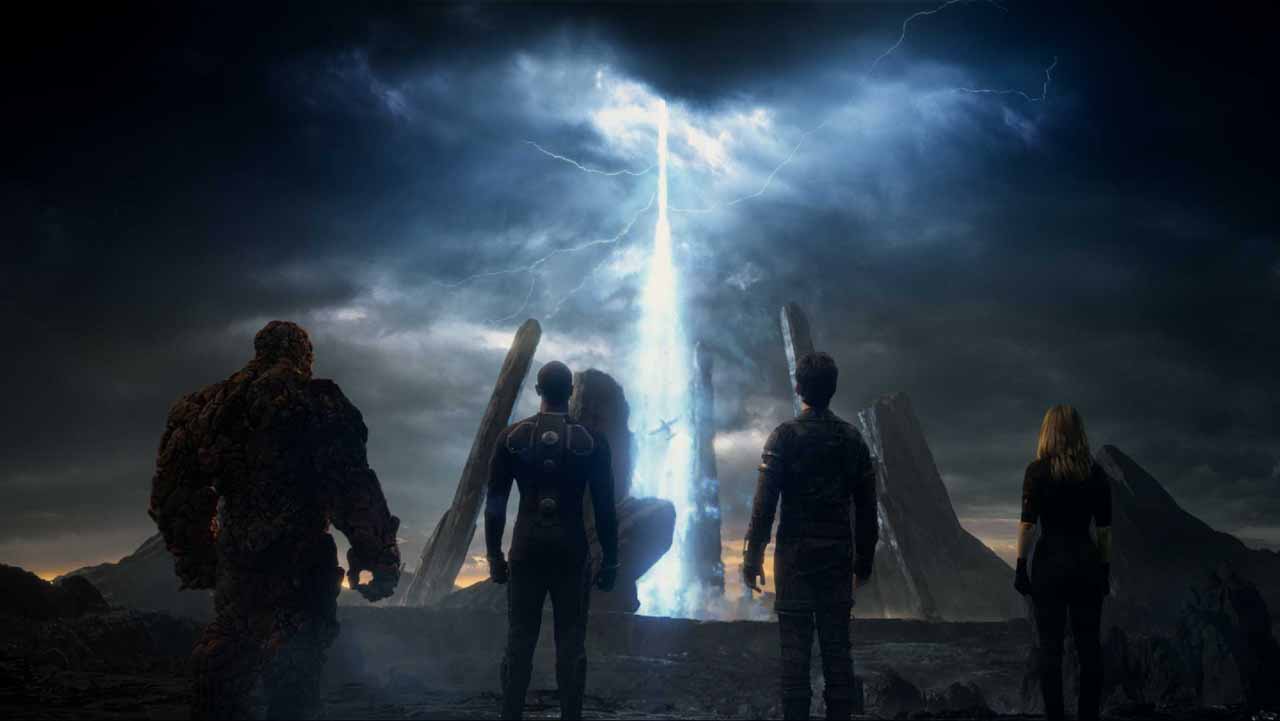 Some fans are skeptical of the race change in characters, originally Susan and Johnny Storm are siblings, since the voice in the trailer is of Dr. Franklin Storm played by Reg E. Cathey one can only assume that Sue Storm (Kate Mara) is probably adopted as for Johnny played by Michael B. Jordan it’s yet to be known.

Below are the two with powers on full blast, it’s seems as though The Invisible Woman is helping the Torch control his flame.

Miles Teller plays Reed Richards aka Mr. Fantastic and Ben Grimm aka Thing (Jamie Bell) shown during their adventures in space. Seems like tragedy is right around the corner.