Ford Motor Company is looking to take the truck market by surprise with the new 2015 F-150 set to release later this year. We were able to get a first hand look at the King Ranch Edition to see the stylish new design and “smart” upgrades. From Grill to Tailgate, the 2015 F-150 is an entirely new truck right down to its signature all new fully boxed ladder frame, built with more high-strength steel than ever to make it stronger yet lighter. For the first time, high-strength, military-grade, aluminum alloys are used throughout the F-150 body. These alloys, already used in aerospace, commercial transportation and other industries, make the new truck’s body lighter, stronger and more resistant to dents. Overall, the F-150 is up to 700 pounds lighter, helping the truck tow and haul more, accelerate and stop faster, and operate more efficiently. 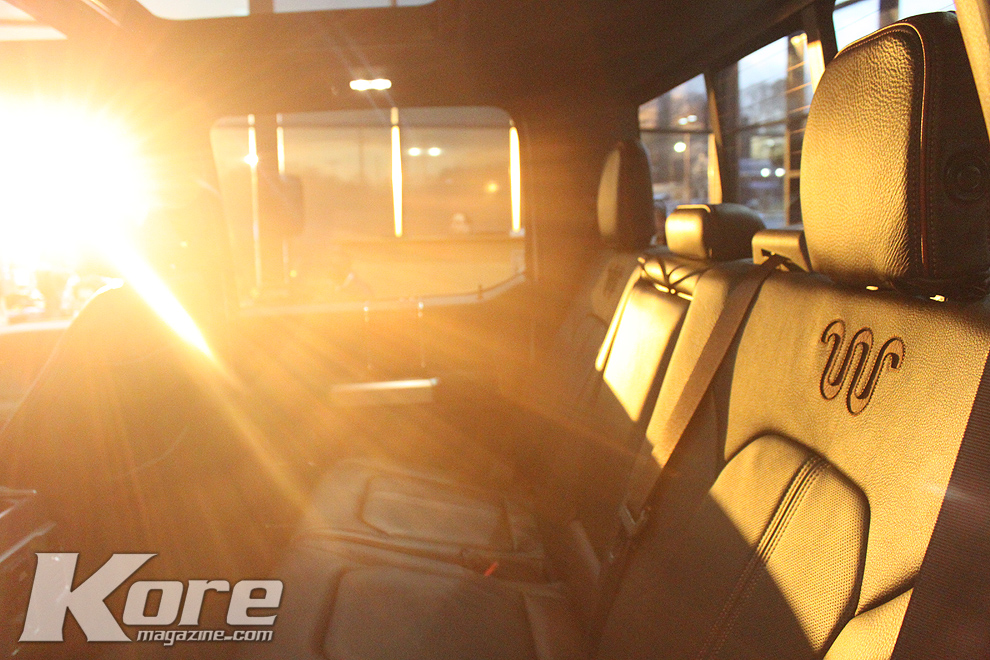 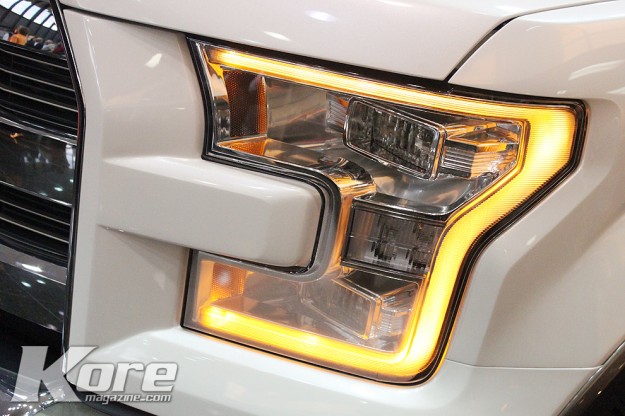 As technology evolves, so does the Legend of the Ford F-150. Equipped with an all new 360-degree rear camera, dynamic trailer hitch assist system and a boat load of driver-assist technologies that put the F-150’s truck smarts at the head of the class. With over 100+ patents registered for the new smart tech that is packed in this ride, Ford sure knows how to set itself apart. The exterior also features a remote opening tailgate, LED headlights, LED cargo box lights, and extensive on-the-job and at-play amenities that will make any driver jealous.