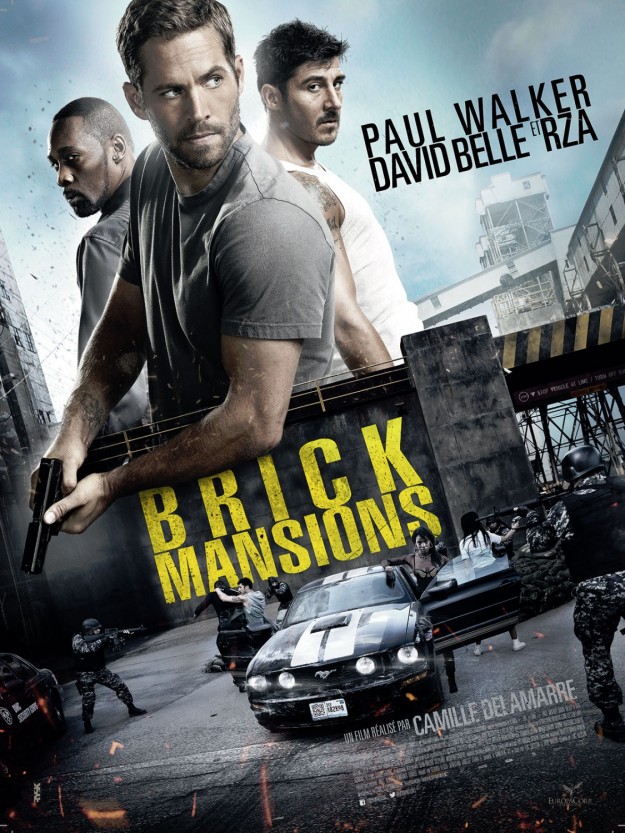 Brick Mansions is an exhilarating action packed film about an undercover Detroit cop played by the late Paul Walker, who has to navigate through a dangerous neighborhood that’s surrounded by a containment wall with the help of an ex-con [David Belle] in order to bring down a crime lord [RZA] and his plot to devastate the entire city.

Originally titled District B13, due to it’s resemblance to the 2004 french film District 13 which also featured David Belle. After a few years on the indie circuit the film made it over to Hollywood director, Camille Delamarre and the rest will be history. The original movie had a similar concept with walled in ghettos with an undercover cop trying to save the city from the crime lords. It had amazing street jumping and action scenes, which probably helped developed the Hollywood version come to life.