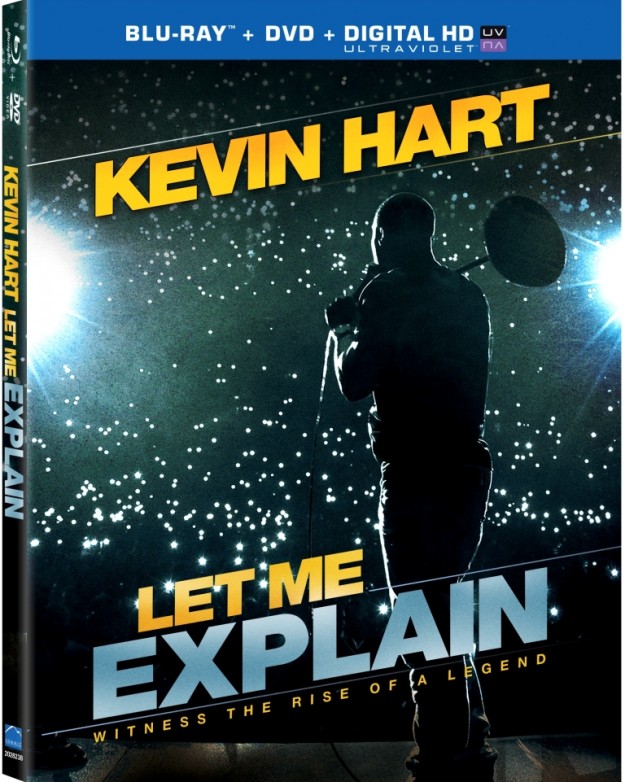 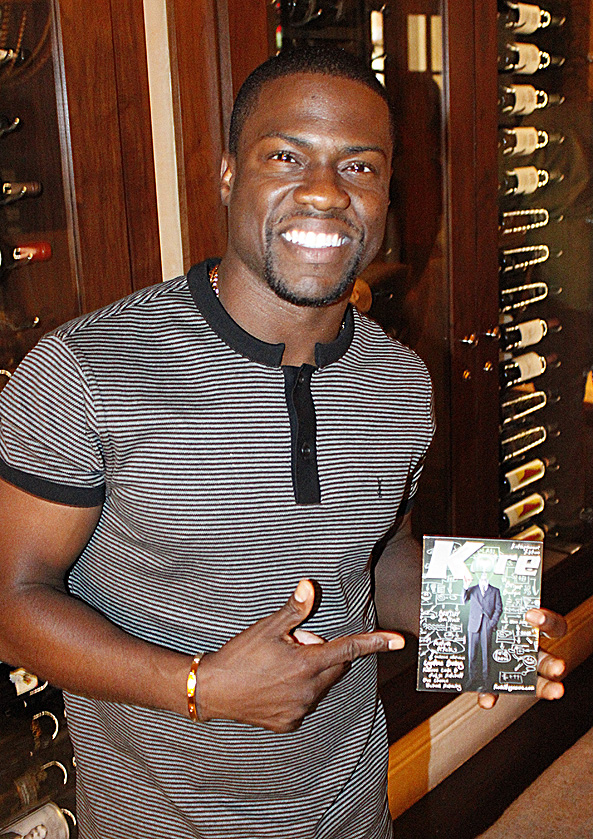 As the anticipation started to rise for the release of Let Me Explain, Kevin Hart‘s new stand up film we got a chance to talk with Kevin about his latest project.  The motion picture takes you on tour around the world with Kevin and the Hart Beat Crew, the stand up takes place at Madison Square Garden, New York City.  We caught up with Kevin Hart at the St. Regis Hotel in Atlanta to get some background on the movie…

Paving your own path…

It’s not about Kevin Hart the actor or comedian; it’s about my brand my entity.  That’s where I’ve gotten smarter, I’ve changed my mentality, and it’s more of a business mind. I have been thinking more long term then short term. You can be an Actor forever, and they can continue to hire you and pay you. You can also have a studio; you can produce and have your own content which you own.

The beautiful thing about Let Me Explain and Laugh at My Pain is that I own them. They’re mine! All that stuff goes back to the brand, instead of it going to make money for people; it makes money for the source [Me].

It’s all about Hart Beat Productions, I funded it, I produced it, co-directed it and I put my friends in the position to where they associate producers and writers. So instead of giving them money, they produce it themselves. You’re looking at a group of 6 people, there aren’t any egos, I don’t talk down to them, we’re all equal, we know who we are and that’s what helps us stay grounded. When we start letting other people in, that’s when sh*t starts getting bad. Everybody will think they know..

Anything you regret saying on stage?

No, I try to stay away from slander or stuff that can get me in trouble. Well, there is one joke from Seriously Funny, I said something like, “No, Stop, That’s Gay.” It was about that little boy. That is probably the worst thing, and that’s not even that bad. But I know dealing with the gay community that it’s a sensitive place. Now more people have a voice to say this is offensive, you’re saying this in disrespect. When those people speak up, it’s serious, the back lash is harsh.

I try to stay away from politics; I don’t talk about the President, Democrats or Republicans. That’s not my world, I don’t’ want to mess with that. Those things are joking matters to me. It’s not my style. I try to keep it self-based, when you talk about yourself, it’s very hard for someone to get angry at you. I talk about me, my kids, my family, what I’ve gone through, my ups and downs. So there’s not really anything I’m scared of saying or wish I could take back.

How does it feel to finally speak about your divorce on stage?

Well that’s how the title, Let Me Explain came about. As an Entertainer you put yourself in the public eye, and the public does what they do best, they form an opinion and run with it. “Oh I Heard… He Left his wife… He went Hollywood… He don’t like black girls…”, so the whole title came from me saying, I can address everything that has been said about me, coming from the horse’s mouth you can only believe what I say. The point I want to get across about my divorce is, I’m divorced and me and my ex-wife are friends. We have a good relationship, we are parents, we are in each other’s lives still, and we’re just divorced. The most backlash I get is from Black Women, “You gonna leave that strong black women, you gonna go get you a white women, he’s gone Hollywood” You people aren’t in our household; you don’t know what went on. You don’t know how happy or unhappy it got. No one knows.

These opinions that are formed are crazy. So when I move on and start dating and my girlfriend is black, Jamaican and Chinese, they say “Oh you want that Island Sh*t”. I just can’t win… [Laughing].

The best thing to do is just put it out there. Explain it!

But you know, I couldn’t wait to sign my divorce papers, so I could go and talk about it on stage. Especially without having any trouble or anything coming back up in court. That was one of the first topics going in the movie. I also wanted to talk about my kids, and how they are in my life. I talked about it all, I just had to wait to sign before any of it came back to bite me in the ass.

When talking about your kids on stage, do you find yourself censoring yourself?

No! My kid are 8 and 5, my kids have been around my profession since they were born. I want them to know what their dad does. When my daughter calls, she’s like are you on the road, dad are you on set, are you touring. My daughter knows completely what her father does but more importantly she understands it, like for real. It’s scary, that she is as smart as she is.

But as for me talking about them, I do it in a way so they understand, it’s true stuff, like when I talk about my son being Spiderman, talking about my daughter kicking the little girl out of bed. I think it’s something they will appreciate when they get older. They can say not only did our dad love us but he voiced it so the whole world could see. My kids are on the side of the stage, while I cuss, but my kids still know what not to say.

But, as a father you don’t always have that opportunity in this business to be with your kids every step of the way, so when you include them it makes it so much easier. To me it’s the world, nothing is more important to me than my kids, I would drop all of this if it effected my kids’ lives. If they say they’re tired of me being gone, then it’s done.

Do you ever get tired of being funny?

It’s weird, I’m not trying it’s naturally who I am. This is me.

It’s not a job, oh let me turn the funny hat on, or the old funny button. It’s what God gave me, it’s a true gift. I’m a naturally comedic guy, I’m an Entertainer, whether it’s in regular life or in a performance, you’re going to get this all the time.

I think bad days become good days because guys like me.

One thing I think everyone should do is Laugh. I think people are too serious, they’re serious because they don’t have people around them that have a personality to bring the fun side out. Regardless of what your going through in life you can always smile and laugh. That’s what I love about my profession. 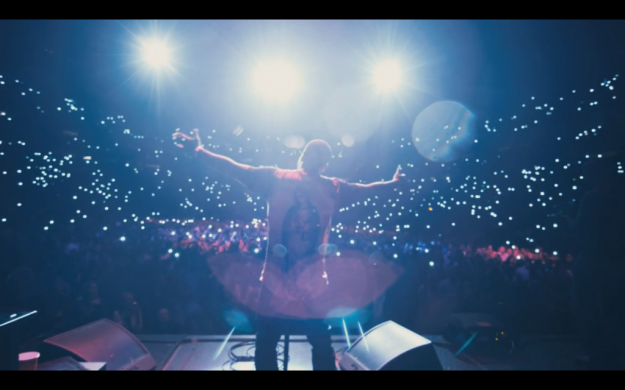