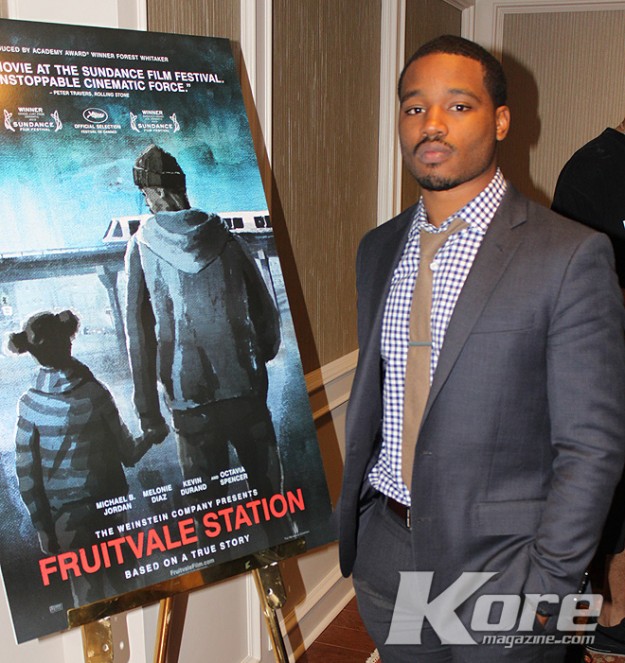 How did this amazing cast come about?

Casting the film for Fruitvale Station and selecting the actors is one the most important decisions I had to make as director, the actors are the vehicles that allow the audiences to move through the film. I was so fortunate to have great actors, in many ways it started by have Forest Whitaker production company behind the film. He’s such an incredible actor and film maker, I was so fortunate to have his support on my first time making a featured film.

You know I needed someone special to play the role of Oscar, the actor would have to be carry the film, work with a fast schedule and work with a lot of non-actors around them. Someone that was young, someone who looked like him and Michael B. Jordan filled all those things. I’ve seen alot of his work, he’s a professional, been working since he was young, he did a lot of TV work which is a fast scheduled stuff. I wrote the script with Michael in mind, so when I finished the first draft after the Sundance Screen Writers Lab I scheduled a meeting with him. Once I actually met with him, I know he was the right one for the film. He read it and said he wanted to do it.

When it came to Octavia Spencer, it was like playing the scratch off. We needed someone for the Oscar’s Mother’s Role, my agent suggested her and I thought he was crazy because she just won a Academy Award. I didn’t think she would want to work on our little movie with a small budget filming at my grandmothers house. But I said what the hell, gave her the script and got a call back a few days later saying she wanted to do it.  My mind was blown and when she came to Oakland she was incredible, great energy, she brought a great quality to the set.

What inspired you to make this film?

I’m from Oakland, I was born in that area, raised in the Bay. I was on Christmas break when it happened and got the news when everybody else did.  As an Artist you typically work from places close to your heart. What’s important and moves you.  It’s the same for me, as a film maker I plan to stay true to that.  It was therapeutic dealing with things I had questions about, to research things I didn’t have answers too. So that’s where the idea came from, to see the push pull of who he was a person, I wanted to bring it back to who he was to those people that knew him. I thought it was glossed over, I was interested in the people that knew him before he got killed.  Who were those people that cared for him then? Tell the movie from their perspective. That’s where I think the real tragedy is. Every time a young black man loses his life, there’s always someone left behind, holes to be filled and function back into society. I was interested in showing that. 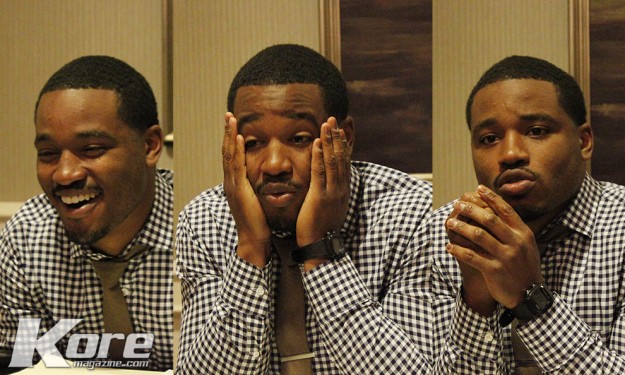 What do you want people to takeaway from this film?

I hope people see a little bit of themselves in the character, see their relationships and what happens.  If the audience can, then I think we did our jobs as film makers.  Then maybe people can recognize their own humanity. That’s all we can ask for.

What was the significance of the Dog scene?

Oscar had this version of an American Dream that he used to tell Sophina, about moving out of the city, somewhere quieter with a house and a backyard for him her and Tatiyana. A place where he could have a dog, being a dog person living in apartment after apartment it was tough to have a Pitbull.  In a lot of sense those dogs represent us, they get such a bad rep in the media for biting people in the streets, but people that own those types of dogs will say they are the best dogs in the world. Oscar was an outwardly type person but still held things inside and that scene allowed me to show how vulnerable Oscar was when all alone with the dog.

How important was Cell Phones and Texting in the film?

During research Cell Phones played a major part in Oscar’s fate.  If the incident happened at a earlier year/time period, or maybe a different night then New Year’s Eve, then we wouldn’t be sitting here talking about. Watching the video and talking to his family, Oscar was on the phone seconds before he was shot. He was a guy that was always on the phone constantly texting. I think it shows a lot about how we connect to one another in this day and age. Connection was a big thing in the film.