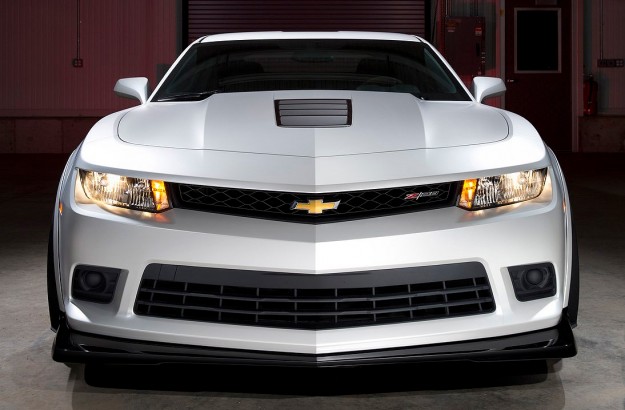 It’s been a minute since we’ve seen the Z28 on the Chevy Camaro, introduced in 1967 the Z28 was built to compete with Chevrolet‘s rival Pontiac’s Trans Am on the open road. The makers of the new 2014 version wanted to keep the integrity of the classic but also with some modern upgrades. The LS7 engine is pulled from the Corvette giving it an easy +500hp V8 on a 300lb lighter Camaro. Like the original, the 2014 Camaro Z/28 is offered only with a manual transmission. In a nod to modern convenience, air-conditioning is available, but only as an option and with a estimated base price of $60,000 the upgrades might cost a bit. 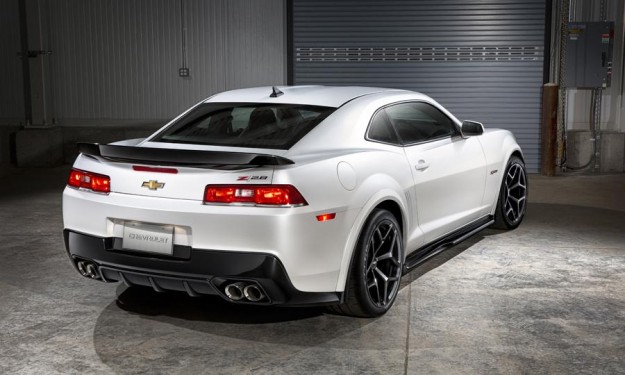 The Camaro Z/28 has aerodynamic treatments designed to produce down force, specifically at track speeds. A large splitter connects to an under body panel to further reduce lift. Fender flares over the front and rear wheels and extended rocker panels contribute to aerodynamic stability. Z/28 also features an aggressive rear spoiler and functional diffuser to complete the fully integrated aerodynamic package. 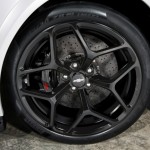 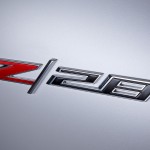 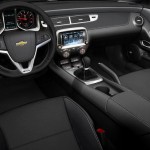 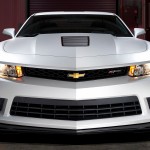 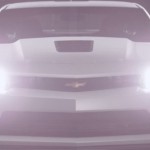 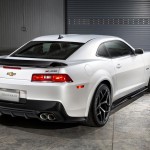 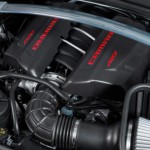 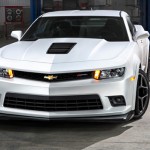