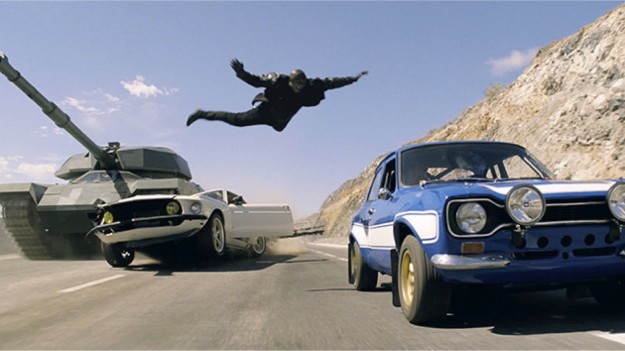 The Fast and Furious franchise is just getting faster and faster. Fast & Furious 6 brings the team together again for another insane mission that is backed by Agent Luke Hobbs (Dwayne’The Rock”  Johnson) who enlists Dominic Toretto (Vin Diesel) to take down a international crime ring ran by Owen Shaw (Luke Evans). The motivation for Toretto is a sighting of former girlfriend Letty Ortiz (Michelle Rodriguez) which was presumed dead in the 2009 Fast & Furious film. 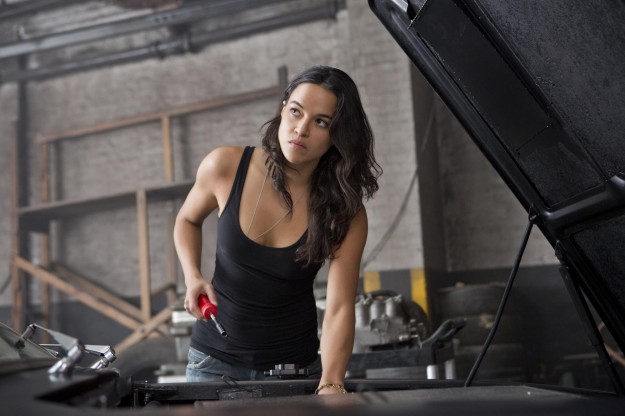 With amazing car stunts that include Dodge Daytona which Vin Diesel drives, he also is seen in the 1970 Barracuda. This film showcased a lot more retro classics including a custom built Ford Escort Rally Car, 1970 Ford Mustang, Jenson Interceptor and a Lucra LC470. Don’t worry Super Car lovers, the movie sneaks in a Lamborghini Murcielago, an Aston Martin DB9 along with Bryan’s infamous Nissan Skyline. Oh.. for the military fans, there is a Tank, Navistar MXT military vehicle and Helicopter too. 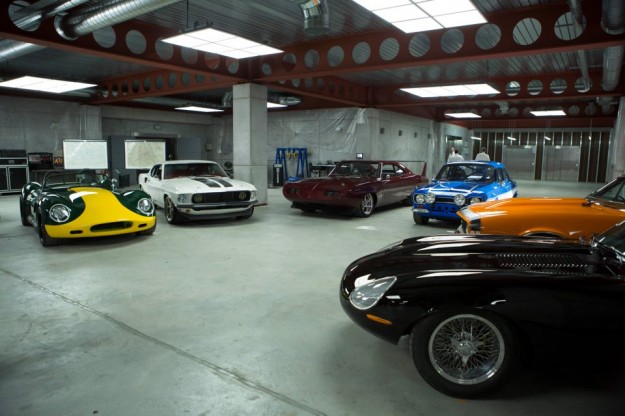 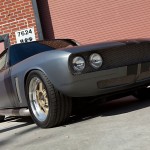 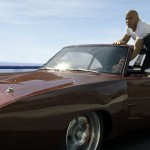 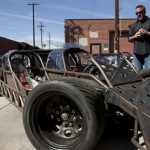 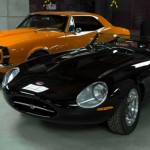 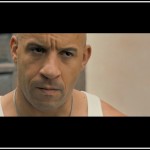 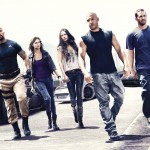 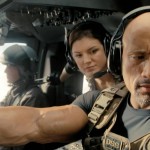 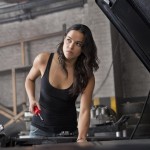 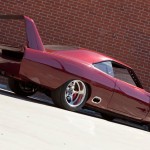 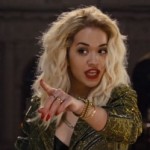 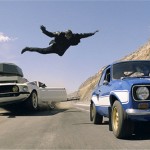 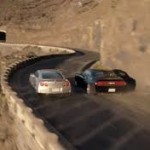 Spoiler Alert: The film also pulls together the entire franchise, including the third film, Tokyo Drift.  After the safety disclaimer following the film, it fades up on Han’s final race from Tokyo Drift. However, we start seeing angles of it from inside a car, where a gloved hand is adjusting switches and preparing to move. As in Tokyo Drift, a Mercedes slams into Han’s car, but it doesn’t kill him outright; the driver of the Mercedes, an Ian Shaw played by Jason Statham, emerges from the car and throws a lighter at the gasoline leaking from Han’s car, causing it to explode. He then makes a call, saying, “Dominic Toretto. You don’t know me… but you’re about to.”