Who is J Gatsby? The question everyone is asking..

The Great Gatsby is an exhilarating love roller coaster with a sinful twist. The film follows the 1925 novel written by American author F. Scott Fitzgerald, a story of a Man Rich beyond belief, a Young Man that hosts lavish parties which everyone is invited, and the Man’s quixotic passion for the beautiful Daisy Buchanan, Carey Mulligan.  No one really knows the mysterious J. Gatsby played by Leonardo DeCaprio, only rumors and amazing stories follow Gatsby until his neighbor played by Tobey Maguire is drawn into the mystery. That’s about all we’re going to mention with out spoiling this magnificent film.

The film written and directed by Baz Luhrmann gets a 5 star rating with an amazing soundtrack mixing time period style music with modern day New York themed hits.  Speculation has risen whether the mixture would work with a film set in the 1920’s, but let us re-assure you the music is banging. With Jay-Z & Beyonce, Andre 3000, Fergie, Emeli Sande, Florence + The Machine and Lana Del Ray just the soundtrack should bring home an Oscar for movie sound. 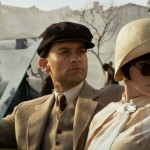 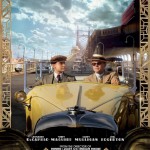 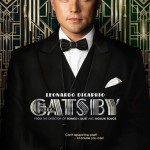 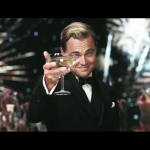