ATLANTA, GA –  hip-hop superstar FUTURE has taken over the airwaves with his infectious hit single, “Turn On The Lights,” produced by Mike Will (Juicy J’s “Bandz A Make Her Dance”), currently sitting at #1 on Mediabase Urban Mainstream Chart.  FUTURE, which MTV News boasts, “There’s no question that when it comes to rap, Future is among the hottest up-and-comers,” came up with the catchphrase to shed some light upon the atmosphere in efforts to find his leading lady that has fans thirsting for more. Earlier this year FUTURE released his critically-acclaimed debut ‘Pluto’, in which the singles spawned from the release, “Magic” feat. T.I., “Same Damn Time,” have both cracked the Top Ten on Billboard’s R&B/Hip-Hop Songs Chart as is currently his hit single, “Turn On the Lights.” The music video for “Turn On The Lights” has remained a staple on BET’s 106th & Park, making impressions on the countdown for over 7 weeks with no signs of slowing down momentum having garnered over 9-million YouTube impressions thus far.

FUTURE graced the stage at the 2012 BET HIP-HOP AWARDS with a mega performance of his monstrous hits, “Turn On The Lights” into “Same Damn Time (Remix)” joined by Diddy amongst others.  The electrifying pyro-explosions and glowing laser lights set the bar to be one of the most triumphant performances of the night.  The BET HIP-HOP AWARDS have been the #1 hip-hop themed telecast on television for five consecutive years that pay homage and highlights the year’s best in hip-hop. 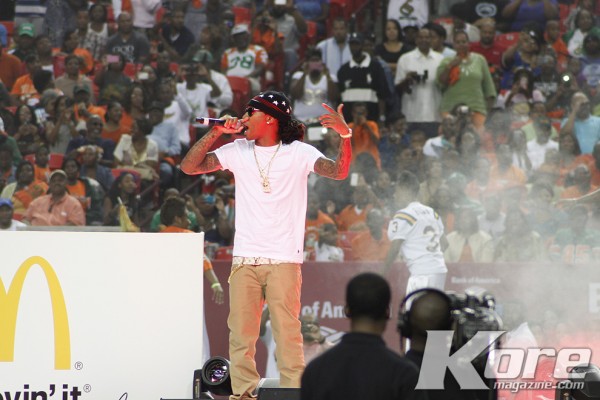 The next stop for FUTURE was the Atlanta Football Classic halftime show taped by NBC. He split the stage with Doug E. Fresh and Chaka Khan >>> MORE DETAILS

Poised with the swagger of an undeniable hip-hop star and critical affirmations from Billboard, Entertainment Weekly, XXL, BET, and beyond, FUTURE continues to take the nation on by storm with the proclamation that, ‘The Future Is NOW.’