Just as addicting as adding a new Tattoo might be, but showing off the your new skin art seems to be the new trend.  While on a trip overseas, Rihanna took to Twitter to share her dedication to her late Gran Gran Dolly.  RiRi added the ink while in London preparing for her performance with Coldplay at the Closing Ceremonies of the Paralympic Games.  She was mobbed but photographers outside a UK tattoo parlor, but it was a mystery what was underneath the bandage, until she took stage with a sheer red top, revealing the new art.  After the news broke about the tattoo, Rihanna give her fans a closer look over Twitter.

RiRi tweeted the pic with this quote, “Goddess Isis- Complete Woman – Model for future generations- #GRANGRANDOLLY – always in and on my heart”. 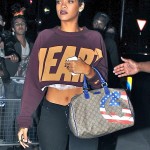 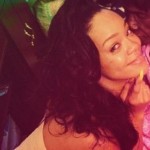 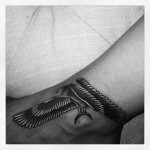 Not all celebrities make the best decisions when it comes to dedication tattoos. With the recent news of Evelyn Lozada filing for divorce from football star Chad Johnson, it probably not a good idea that Chad got Ev’s face on his left leg.  With a short marriage ruined after a domestic abuse case, the opportunity to have the Eve & Ocho Show canceled and losing his job with the Miami Dolphins, this must have topped it all off for Ocho Cinco. Should’ve waited until the anniversary Chad. 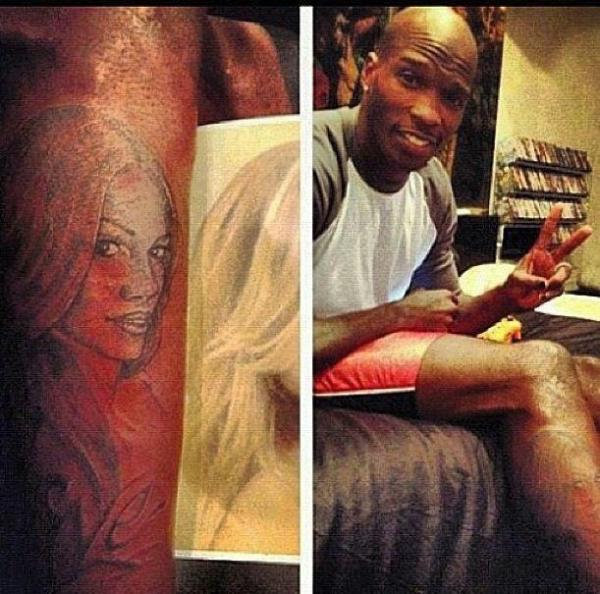 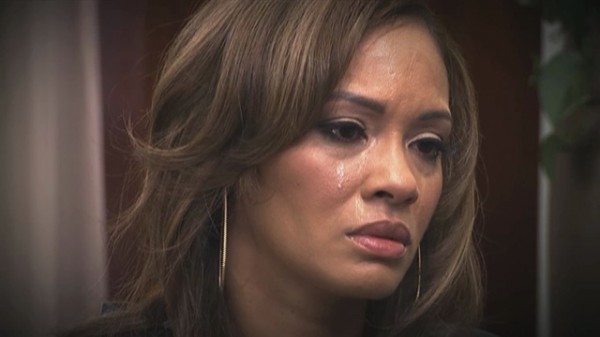 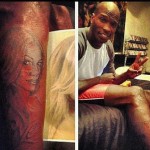 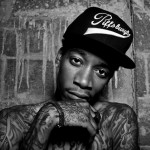 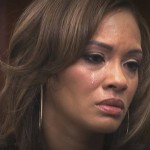 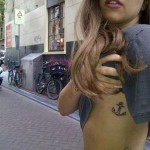 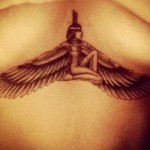