The Greatest Gift for Sanya Richards-Ross 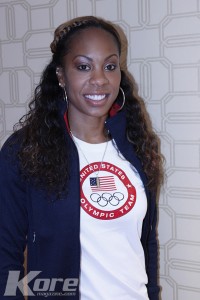 Sanya Richards-Ross is new to the Olympic Games, in the past 2 games she walked away with 2 Golds in the 4×400 relay and an individual Bronze. But for the 2012 Games in London, Sanya had one goal in mind, win a gold in an individual event and that’s exactly what she did.  For the past few years she has shown the world that she is the favorite when it comes to the women’s 400 meter by winning Golds at the World Championships in Istanbul, Daegu and Berlin. Now in front of millions of people around the world Sayne Richards-Ross Won the Gold Medal in the women’s 400 meter with a time of 49.55.

We caught up with Sayne to ask what drives her to perform at the Olympic level.

“What wakes me up in the morning to do this? I love what I do. I’m blessed to have this gift and see how good I can be. I know if I go out there and execute what I trained, I think I can be one of the best ever. That’s what really motivates me to go out there and keep trying. I have failed sometimes, but I feel like I’m failing forward.”

As she entered the women’s 200 meter final today with the top seated time, Sanya Richards-Ross finished 5th. She battled fellow Americans Allyson Felix which finished 1st and Carmelita Jeter which finished 3rd.  Stay tuned for the 4×400  relay where she is scheduled to anchor the USA Team to victory for the third year in a row. 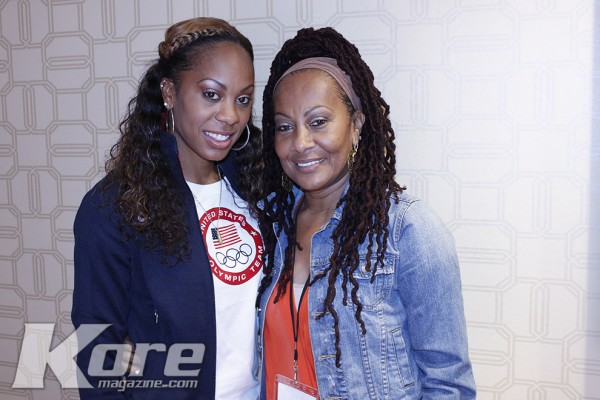