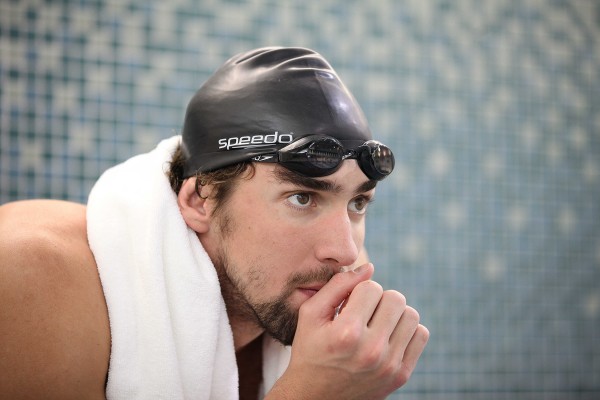 In today’s Olympic Era, the name Michael Phelps has changed the modern perception that Swimming is a Prime Time sport. After winning 16 career medals and swimming in his forth Olympics, Michael has risen the bar when it comes to Men’s Swimming. 2008 was an incredible years for Phelps, when he won a total of 8 Gold Medals at the Beijing Olympics adding to the other 6 from the Athens ’04.  After his amazing triumph in 2008 something happened to his passion for swimming. His work ethic started to slow down, his sport as number one got over taken and he received some criticism after some unflattering photos emerged in the media. So we sat down with Michael and here are a few things he said,

What happened to your passion for swimming?

“In 2008 I just didn’t want to do it. I think deep down I really wanted to but I just didn’t want to put in all the work. There were times I wouldn’t come to practice, swimming didn’t excite me, its wasn’t interesting.  So 2009 and 2010 that’s how I was and then in 2011 it started to come back. It’s really all about me finding the passion. Once I found the passion again, I enjoyed coming to practice.”

“It wasn’t fun [watching Ryan Lochte succeed past me] I put myself in that spot, he was just rolling over me, it wasn’t fun being on that end and it was very motivating for me.  I had to wake up last year. There are competitors all over the world that are good. But we’re here to be the greatest. In regards to Lochte, I’ve always let my swimming do my talking. I never would say something to a competitor to fire them up, that’s not how I am. I’ve always been ready to jump in the water and see who’s prepared to win that race.”

“After the ups and downs, I will say Ray Lewis has been one of the biggest influences in my comeback, our friendship is awesome and he’s been able to teach me a lot. Listening to how he would handle something, it just makes you think differently.”

What are you doing to prepare yourself for what’s next?

“The biggest thing right now is to take the steps in the right direction. The last 3 years my training hasn’t gone that well, my performances haven’t been that great. But it’s an exciting time and it’s going to be a fun summer. I’ve been able to get the excitement back in the water and we have a great training team.

I needed to go through it myself, I’m the kind of person that you can only tell so much, I have to experience things on own to be able to learn. I mean I wouldn’t change anything in my career I’ve been able to have an awesome career.

Having the privilege to stand on top of a medal podium listening to your national anthem wearing the stars and stripe is the coolest thing in the world. For an athlete that’s reaching the top. I’m honored to represent the best country in the world and we dive in the pool we are swimming for the best swimming team in the world. I still get chills up my spine when I think about it, I still don’t know how some of those races happened, just the right place at the right time I guess.

When we go overseas we win the most gold medals, we break the most records, we have had a tradition of excellence in our sport.”

“Going into these games I have goals I want to accomplish, it won’t be equal to 8 medals again but that’s what you want to compare me too that’s fine.  I have goals in my mind and in my heart, as long as I can have fun and at the end of the day when I hang my suit up I look back and say I did all the thing I can in my career.”

“Goals should never be easy, they should force you to work and be uncomfortable at times”

How can you help promote the sport more than you have already?

“We have to give more people the opportunity to see the sport. There aren’t very many swimming pools that can hold 5,000 people. We got to think about building a swimming pool in a sports arena. Maybe more opportunities to build portable pools, whether it’s in the Long Beach Aquarium parking lot or the Central Lake City Center, but it would allow 10-15k people to see the events.  There are more people out there that are interested in the sport and it does make us swim faster, be more excited. Being able to hear the fans cheering, you know you do hear them every stroke.”

Also I can’t wait to open more swim schools up and down the east coast, it’s always been a passion of mine to work with kids. Kids are the people that are going to take over.