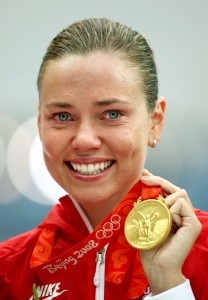 Ever since Swimming took the Prime Time spot in the Olympics people have questioned whether the sport deserves to be there. With the 2008 Men’s team being lead by Michael Phelps many wondered what it was like before and what will it be when Phelps is gone. When it comes to the Women’s team there are many new names appearing on the roster but one name sticks out, Natalie Coughlin, two time Olympian on her way to her third Games, and overall medals. We talked with her about Swimming and its State as a Prime Time Sport for the Olympics, here’s what she had to say,

I remember watching my first Olympics in 1988, 1992 & 1996 and Swimming always seemed to be at the forefront. Over the past decade or so it’s gotten bigger and bigger. With Michael and his quest for 8 Medals in Beijing and achieving that in dramatic fashion, it made it that much more spectacular for everyone. I’m excited I think we have a really good team.

“What Michael has done is insane, I think people take Gold Medals for granted”

Swimming was always the highest rated sport before Michael, he has done wonderful things but there are people like Nathan Adrian who is an up incoming sprinter incredibly interesting, well spoken, and attractive. There are some great personalities out there, I’m not worried about the sport. 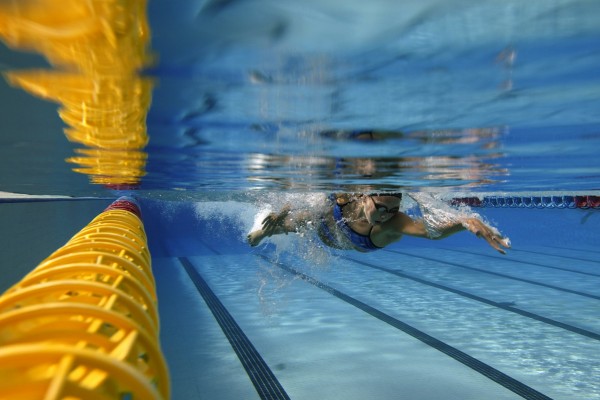 Tell us about your diet as you prepare for the Olympics?

I’m not vegetarian but I see meat as a luxury. I believe in sustainable practices and I grow a lot of my own fruits and vegetables organically. Supporting local farmers as much as possible. I don’t believe in taken supplements in any way shape or form so I have to get all of my nutritional needs from the things that I ingest which means a big variety of plants, vegetables, and fruits. And I love cooking, so it’s pretty easy for me to avoid process foods.

I have a structured routine that I’ve done for a decade now and that gets me in the right mindset. A meditation routine that is a lot about relaxation and deep breathing. Having those techniques got me to swim the best I possibly could at that time.

How much do you train?

About 5-6 Hours a Day. I’m in the water about 5 days and training 6. It’s a combination of Swimming, Running, Pilates, lifting, and power circuits.

What will be playing on your ipod?

I’m a big fan of the 90s because of my age, like Old Hip Hop or Rock, I love the foo fighters, 2 Pac, a little bit of everything.