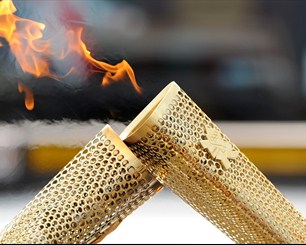 It has begun, the 2012 Olympic Games are being hosted in the London, but this isn’t the first time the U.K. has hosted the games. In 1908 athletes from around the world came to London, England for the Fifth Olympic Games where American history was made.  American John Taylor was a member of the winning medley relay team, making him the first African-American athlete to win an Olympic gold medal (400 meters, split for the final was 49.8 seconds). Tragically, Taylor died on December 2, 1908 from Typhoid Fever at the age of 26, after his return to the United States.

“It is far more as the man (than the athlete) that John Taylor made his mark. Quite unostentatious, genial, (and) kindly, the fleet-footed, far-famed athlete was beloved wherever known…As a beacon of his race, his example of achievement in athletics, scholarship and manhood will never wane, if indeed it is not destined to form with that of Booker T. Washington.” stated the President of the Olympic Committee, Harry Porter.

The Olympic Stadium, in Olympic Park, Stratford, London, England is designed to be the centrepiece of the 2012 Summer Olympics and 2012 Summer Paralympics, the last stop in the torch relay, and the venue of the athletic events as well as the Olympic Games’ opening and closing ceremonies. It is located at Marshgate Lane in London’s Stratford district in the Lower Lea Valley. The stadium has an 80,000 capacity making it the third-largest stadium in England behind Wembley Stadium and Twickenham Stadium.

As mandated by the Olympic Charter, various elements frame the opening ceremony of the Olympic Games. Most of these rituals were established at the 1920 Summer Olympics in Antwerp. The ceremony typically starts with the hosting of the host country’s flag and a performance of its national anthem. The host nation then presents artistic displays of music, singing, dance, and theater representative of its culture. The artistic presentations have grown in scale and complexity as successive hosts attempt to provide a ceremony that outlasts its predecessor’s in terms of memorability. The opening ceremony of the Beijing Games reportedly cost $100 million, with much of the cost incurred in the artistic segment.

After the artistic portion of the ceremony, the athletes parade into the stadium grouped by nation. Greece is traditionally the first nation to enter in order to honor the origins of the Olympics. Nations then enter the stadium alphabetically according to the host country’s chosen language, with the host country’s athletes being the last to enter.  Speeches are given, formally opening the Games. Finally, the Olympic torch is brought into the stadium and passed on until it reaches the final torch carrier—often a well-known and successful Olympic athlete from the host nation—who lights the Olympic flame in the stadium’s cauldron.

The 2012 Olympic Games have many famous torchbearers including, Will I Am (Black Eye Peas, Music Group), Discovery Channels Bear Grylls, R&B singer John Legend and the final leg of the Torch Relay is 22 year old Amber Charles, a Tennessee Temple University Basketball player. 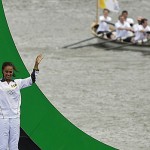 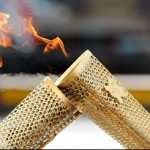 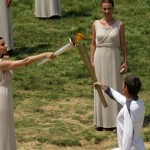 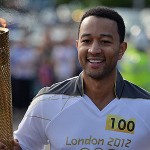 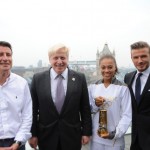 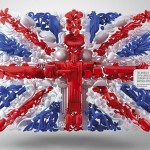 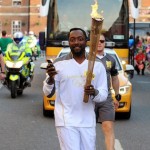 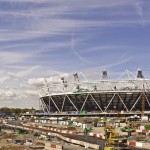