On July 20th the Box Office battle will begin, will DC Comic’s Dark Knight beat out the Avengers?  As the final chapter to the Dark Knight trilogy, The Dark Knight Rises introduces a new side kick, Catwoman played by Anne Hathaway (Devil Wears Prada) as well as new villain Bane played by Tom Hardy (Warrior).  As director Christopher Nolan takes Batman (Christian Bale) to the next level in his epic dark trilogy, he doesn’t forget about the long time fans adding a new mode of transportation for the Dark Knight in each film.  In this final chapter the Batwing jet is brought back with vengeance. Designed right out of some 80’s space movie (Alien, Total Recall) this  flying hover jet becomes Batman’s last defense against the evil menace that plans to destroy Gotham City.

If you recall in the last Batman film, Bruce Wayne/Batman takes the fall for Two Face’s crimes removing him from the equation, which allows a new terrorist leader, Bane to overwhelms Gotham’s finest, forcing the Dark Knight to  resurface to protect the city that has branded him as an enemy. As Batman faces a troubling force of bad guys he teams up with his lover and foe Selina Kyle/Catwoman to fight Falcon’s forces. Who will come out on Top to see the sun Rises from the smoking ashes of Gotham. 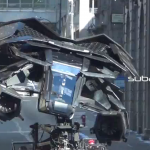 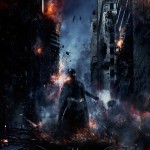 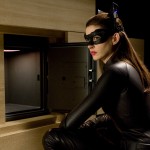 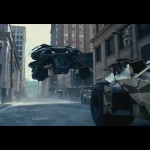 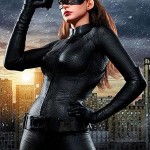 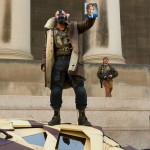 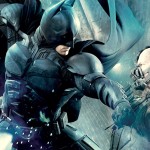 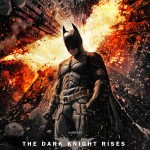 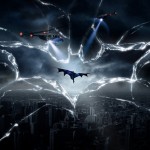 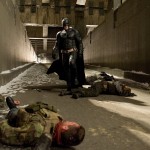 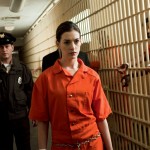