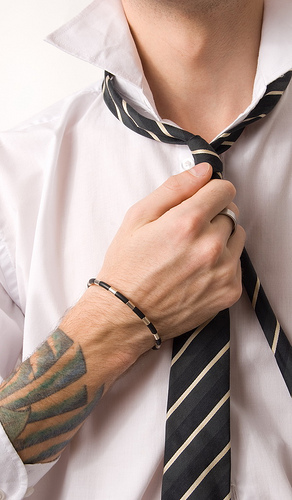 Tattoos in the work place has been a great debate for quite some time.  As skin ink becomes widely excepted in the newer generations across the board, it’s now not just for pirates anymore it’s for the common expressive person.  Now the person that is servicing your bank account, or maybe your family doctor may have a little body art. So the question still remains, is it appropriate to have visible tattoos? Can having known tattoos, although covered up, keep you from having your contract renewed?

NewsOK’s Callie speaks about tattoo etiquette, “Depending on where you work, as well as where the tattoo is, yes, cover it up. If it is distracting, or if it could be offending to any group or person, don’t forget to cover it up.  Work is a place for you to put your best foot forward. Always make sure you maintain a professional appearance and do not distract from the business at hand. Think before you ink!” Read more Here.

What about societies public figures? Every day people see their favorite idols and stars on television, in magazines and all over the internet, and reminded of how cool it might be to be all tatted up but is it?  The public has seen how getting tattoos in the moment not be the best idea.  Celebrity tattoos have seemed to be getting all the attention, artists like Chris Brown tatting his girlfriends face on his arm, Mariah Carey and hubby Nick Cannon got each others name, Jermaine Dupri got Janet depicting the mother Mary on his side, Wiz Khalifa and Amber Rose got their names, and even Jackass’s Steve-O got himself on his back.

What about the growing Trend of Face Tattoos.  You can’t hide something stamped across your forehead, for example Gucci Mane‘s famous Ice Cream Cone tattoo on his cheek or the die hard fan of Toronto’s own Drake inked his name across her forehead. SMH.  Rumors that Drake was pissed at tattoo artist Kevin Campbell for doing it, but over twitter Campbell posted that the beef was squashed. 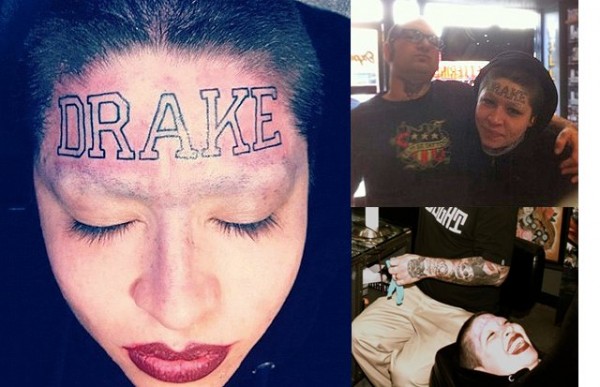 @drake Nice talking to you buddy, glad everything’s cleared up. It’s good that something positive came out of this whole fiasco. Stay up. Drake beef officially squashed…Everybody can now move on. Only positivity from here on out.

Since face tattoos are so 2011, the new trend for 2012 is Glow in the Dark ink and implants.  Young Money’s Lil Wayne was tired of regular ink so he added some glow in the dark stars on his face and featured it during a music video. Recently Rihanna posted pics of her newest edition to her body art collection, “Thug Life” across her knuckles. 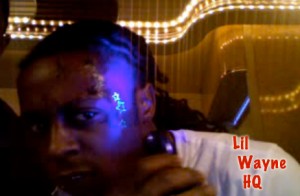 But just recently this video was posted, this tattoo artist has taken body art to a whole more function-able art form.  Body piercer Dave Hurban was tired of holding his iPod nano, so he decided to implant magnets into his arm to secure the nano. We wonder what Apple will do to prepare for this epidemic, maybe plastic casing.

So back to the main question, Are Tattoos Professional?  The fact still remains that people idol entertainers like Rihanna, Lil Wayne, Drake and Lady Gaga which all have interesting tattoos, and people gotta work in an environment that judges your work performance on your appearance. Either way, what ever you choose to do whether it’s getting tatted up or staying original and clean, THINK BEFORE YOU INK! 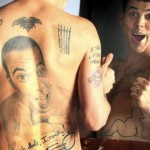 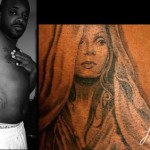 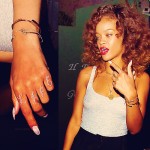 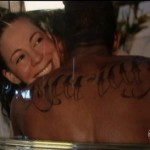 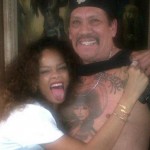 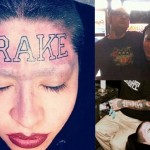 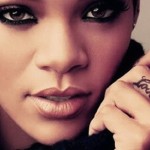 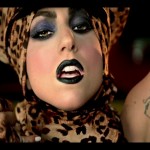 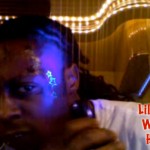