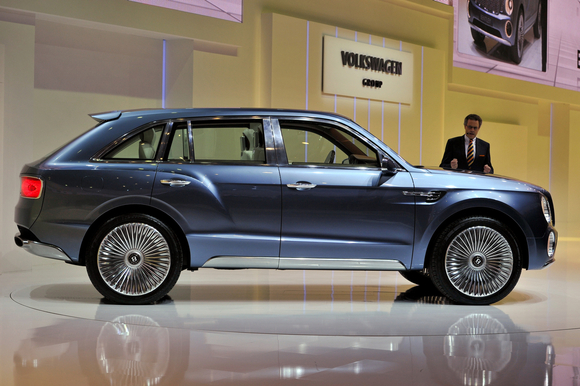 Some said it wasn’t true, that the world’s most luxurious automobile company has made a CrossOver truck? Yes and it’s called the Bentley EXP 9F, Great name right? Once you sit in the seat of this super top end sports utility truck you will rename it and not thick twice. The EXP 9F is the world’s first Cross Over that pushes an astonishing 6-liter W-12 gasoline engine, an 8-speed automatic transmission and 23-inch alloy wheels with racing-type central wheel nuts. Although Bentley is also considering a petrol V8 as well as a V6 plug-in hybrid powertrain for possible implementation, even with the V6 hybrid, bentley reports the vehicle would be capable of accelerating from 0 to 60 mph (0-100km/hr) in under five seconds, with a range of 30km (18mi) and CO2 emissions of 209 g/mi (130g/km).

“It is meant to stand for ground-breaking innovation.” says a Bentley press release. “We know that Bentley customers already own S.U.V.’s,” Wolfgang Duerheimer, Bentley’s chief executive, said when introducing the car. “So why should they have to shop elsewhere?”

The interior dashboard is streamlined to show most driver information, including 3D navigation, in a central panel behind the steering wheel, flanked by two analogue reverse-read dials for speedometer/tachometer. a touchscreen console situated between the two front seats is used to control climate and entertainment. The vehicle can be operated in one of three driving modes– comfort, sport, and off-road– and the vehicle automatically selects information to display, geared to current driving conditions: a compass while driving in sand dunes, or an altimeter replacing a revolution counter for high altitude navigation.

The ‘EXP 9F’ concept features 4+1 seating, the rear units of which can be powered forward to create more storage space. Passengers can operate in ‘business mode’, with a fold-down keyboard and internet connectivity for mobile devices;
or opt for more reclined seating with a drinks table and infotainment screen. a rear armrest lifts to reveal a cooled compartment, designed to hold beverages and glasses. 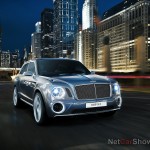 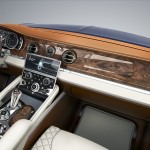 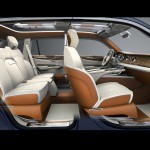 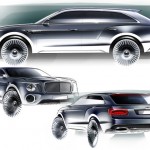 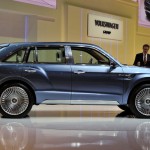 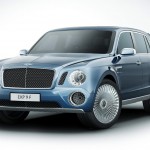 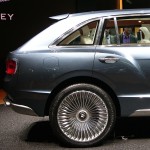 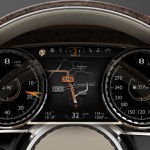