Now, in the new Animal Planet series TAKING ON TYSON will go beyond just raising his feathered friends – he will race them for the very first time.  The stakes are high in a sport that has just as much machismo as boxing.  But this time it’s not about money; it’s about bragging rights.  On the rooftops of Jersey City to the streets of Brooklyn, this six-part series profiles enigmatic Mike Tyson as the boxing legend reconnects with his roots and returns to his childhood neighborhood to face his next challenge. Tyson’s pigeons have provided him with tranquility and escape throughout his tumultuous life. Now, along with a band of close friends who share his love for these avian athletes, he enters the realm of pigeon racing. TAKING ON TYSON is an enriching window into Mike Tyson’s complex life, where the road to self-awareness, the path to inner peace and the vision into the future… is with these birds.

“The first thing I ever loved in my life was a pigeon. I don’t know why…I feel ridiculous trying to explain it,” says Tyson.  “Pigeons are a part of my life.  It’s a constant with my sanity in a weird way; this is just what I do. If I’m lucky enough to die an old man, I’m going to have birds.”

Many people came to support Mike at his BIG event in New York’s Gansevoort Park Avenue including his wife Kiki Tyson, Superbowl Champ Andrew Quarless (Green Bay Packers) and the members of Tyson’s Corner: Mario Costa, his lifelong friend and promoter/manager; Vinnie Torre, his esteemed and respected pigeon trainer; and the Roman Brothers, his pigeon caretakers. 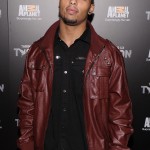 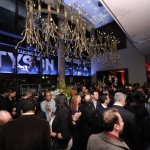