The 18th Annual Screen Actors Guild Awards®, one of the awards season’s premier events was held on Sunday in Los Angles at the Shrine Exposition Center.  With Hollywood’s elite gathering to pay tribute to the years best performances in five film catagories and eight television including the distinctive ensemble awards the night produced many surprises and celebrations. Super couple Brad Pitt and Angelina Jolie demanded all the attention on the Red Carpet as they held hands in front of the paparazzi. 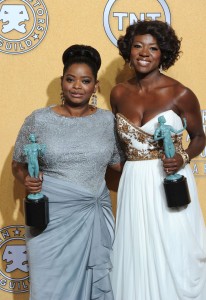 Many prepared to watch the SAG Awards to see if two of Hollywood’s preferred actors would take home BIG. With numerous nominations, both Viola Davis and George Clooney had the spot light on them as the night went on.  “The Help” mopped up winning multiple awards, Viola Davis winning Best Female Actor and Octavia Spencer in Best Female Supporting Role, along with Cast winning as a whole. A movie about an aspiring author during the civil rights movement of the 1960s decides to write a book detailing the African-American maid’s point of view on the white families for which they work, and the hardships they go through on a daily basis.

Actor Steve Buscemi – Winner of Best Male Actor in a Drama Series and Winner of  Ensemble in a Drama Series “Boardwalk Empire” poses in the press room with his awards.  With the second season of “Boardwalk Empire” at an end, the entire cast winning the Best Ensemble and main man Steve Buscemi winning big I guess we just have to wait for the third season of the hot drama geared around the prohibition days. 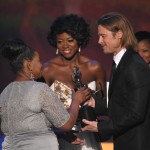 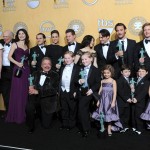 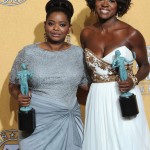 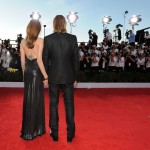 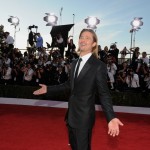 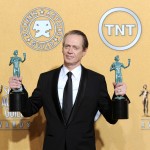 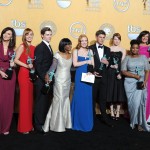