She’s here! The much anticipated arrival of baby Blue Ivy Carter has put Beyonce (30) & Jay-Z (42) on every trending chart from here to Hong Kong, and it hasn’t stop there.  With rumors of Jay-Z buying out the whole floor at NYC’s Lenox Hill Hospital for $1.3 million to keep a secure environment for his daughter.

“They just used the hospital like it was their own and nobody else mattered,” said raged new dad Neil Coulon, whose efforts to see his premature newborn twins in the NICU were disrupted by the birth of little Blue Ivy Carter.

“They locked us into the NICU and would say, ‘You can’t come out to the hallway for the next 20 minutes.’ When I finally was able to go back out, I went to the waiting room and they’d ushered my family downstairs!”

With everyone looking for a picture of the Jay & Bey’s new addition we were able to track a sneak peek of the beautiful bundle thanks to inMontgomery.  This pic was sent from a source in the NYC’s Lenox Hill Hospital, we all are still waiting for conformation from either party but with security being so tight… 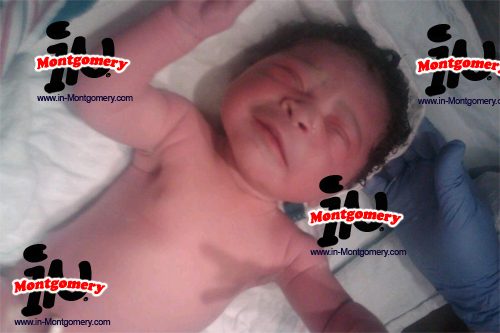 Sister Solange Knowles (25) tweeted, “The Most Beautiful Girl In The World”.

According to reporters, the couple chose “Ivy” because of the significance of the number “4” or “IV,” —  Beyonce and Jay-Z were born on Sept. 4 and Dec. 4, respectively, were married on April 4, 2008, and Beyonce’s latest album is entitled 4.) And the name Blue comes from Jay-Z Blueprint Album. 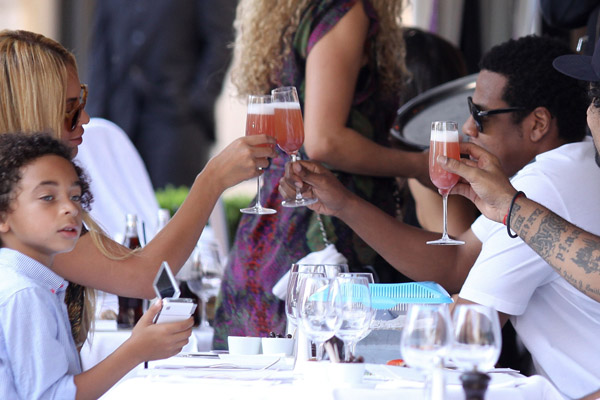