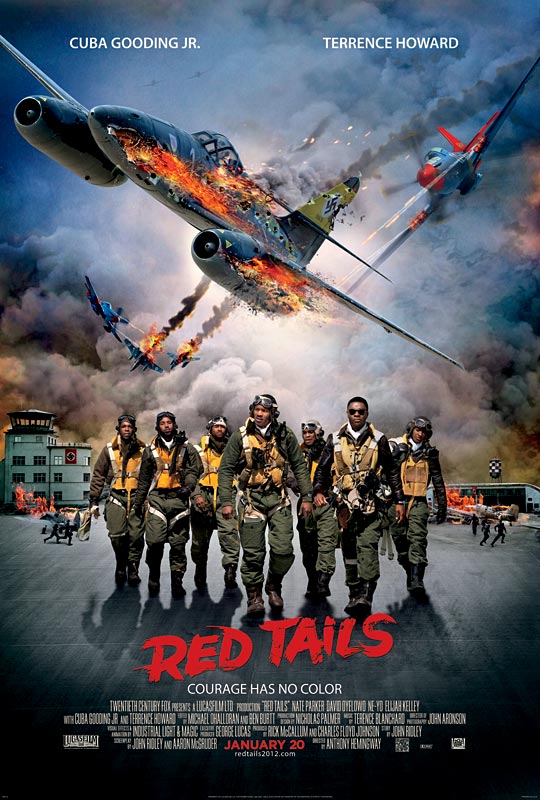 When you see George Lucus executive produce a film the outcome seems to be an remarkable.  So naturally when news broke that he was going to be part of Red Tails, another angle of the heroic actions of one group of extraordinary pilots during World War II, movie critics got geeked.

Terrence Howard plays Col. C.J. Bullard which is in charge of the new trainees that get called to the Dog Fight.  The pilots called to fight include actors Ne-Yo, Michael B. Jordan, Method Man, Tristan Wilds, David Oyelowo, Andre Royo and Elijah Kelly. 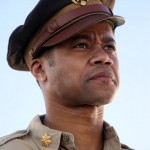 Another lead role is played by Academy Award winner Cuba Gooding Jr. who was also in the 1995 film Tuskegee Airmen with Laurence  Fishburne about the same group of black fighter pilots.  Happy to team up with George Lucus, Cuba explained to press how amazing it was to work with someone like Lucus, who has helped produce this movie out of pocket simply to have one of the most inspiring African American Action movies of all time.

“I’ve been wanting to do ‘Red Tails’ for 20 years, and we’ve finally got the means to showcase the skill of the Tuskegee pilots,” Lucas said. “We’re working on techniques which will give us the first true look at the aerial dogfighting of the era. And our top-notch cast will really make this story special”.