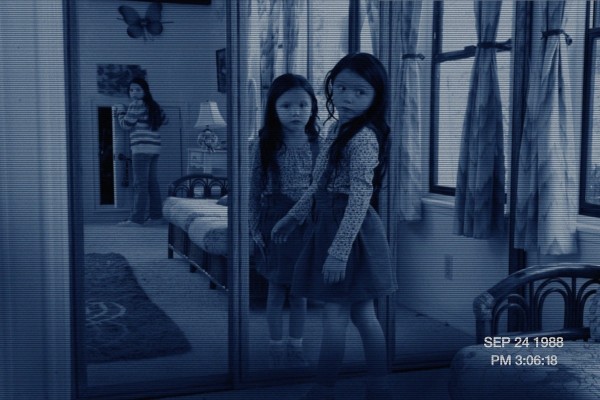 With Halloween right around the corner, Paramount Pictures was faced with a Trick or Treat with the release of  the third installment of the Paranormal Activity series.  After breaking box office records for highest-grossing domestic debut for a horror film and a record for an October release, we can concur that its was a Treat for Paramount. Paranormal Activity 3 hit an estimate global number of $80 million in it’s first weekend.

A largely positive response from critics helped bring in an older-than-25 crowd in addition to the teenagers and young adults who usually flock to horror flicks,  Don Harris, Paramount’s president of domestic distribution told reporters.

“This is the best of the series. It was well-reviewed,” Harris said, adding that “people like to be scared in a Hitchcock-ian way. This isn’t a bloody franchise.”