The Broadway Musical FELA! comes to the Atlanta Civic Center, and it’s only here for one week. Produced by Shawn “Jay-Z” Carter and power couple Will & Jada Pinkett Smith, this AMAZING show tells the story of a man who put AFROBEAT music on the map. Nigerian born Fela Kuti set on a journey around the world to change the way people hear African music.  His adventures weren’t always something to smile about, filled with feelings and emotions, tragedies and triumphs, FELA! gives you a first class ticket to follow the story. Nominated for 11 Tony Awards, this musical stands on it’s own, showcasing incredible dance sequences and memorable chants and songs. A MUST SEE! 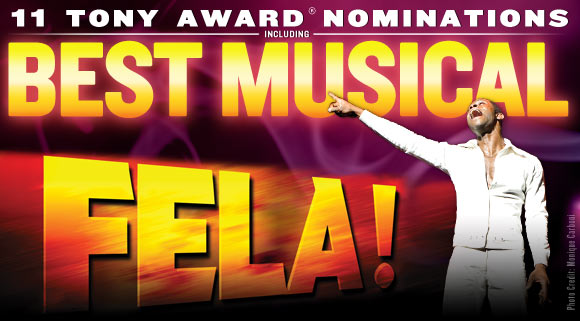