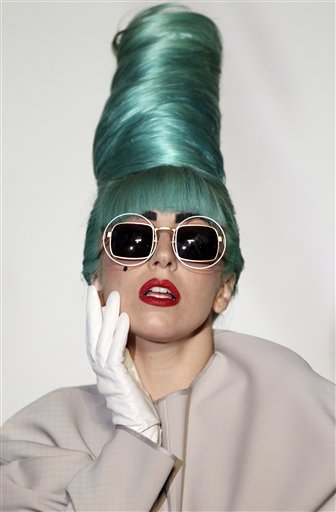 More than 150 stars including Lady Gaga, U2, Justin Bieber, Jay-Z, The Rolling Stones and Paul McCartney are among the well-known figures using their Facebook pages and Twitter feeds to urge fans to donate money to help the numerous families starving in the region.

The campaign, called “I’m Gonna Be Your Friend,” can be found at www.imgonnabeyourfriend.org. It shows a video of Bob Marley & The Wailers‘ 1973 song, ‘High Tide or Low Tide,” accompanied by footage of malnourished children created by award-winning film director Kevin Macdonald.

The drought-hit Horn of Africa urgently needs funds to rebuild agriculture and fight famine. The United Nations food agency has called for a high level meeting to help overcome the worsening crisis.

The “I’m Gonna Be Your Friend,” campaign estimated it would reach over a billion people with partners such as Universal Music Group, Yahoo, Facebook, AOL, MSN, YouTube and Twitter and the power of celebrities’ reach. The combined power of using Facebook and Twitter pages alone will reach 730 million, the campaign said.

Donations or downloads of “High Tide or Low Tide,” for $1.29 will go to the Save the Children appeal for east Africa and used for food, water and medicine.

“High Tide or Low Tide” was chosen by the Marley family for the resonance of the single’s lyrics, “I’m Gonna Be Your Friend” and can also be found on www.facebook.com/bobmarley.

The video starts with the slogan “The Worst Drought in Decades” and after showing images of starving and thirsty children, ends with a black-and-white image of the late Marley behind the message, “Millions of children are facing starvation.”

“We must stand up together as friends to put a stop to this, to feed our children and to save their lives,” Rita Marley, Bob Marley’s widow, said in a statement.