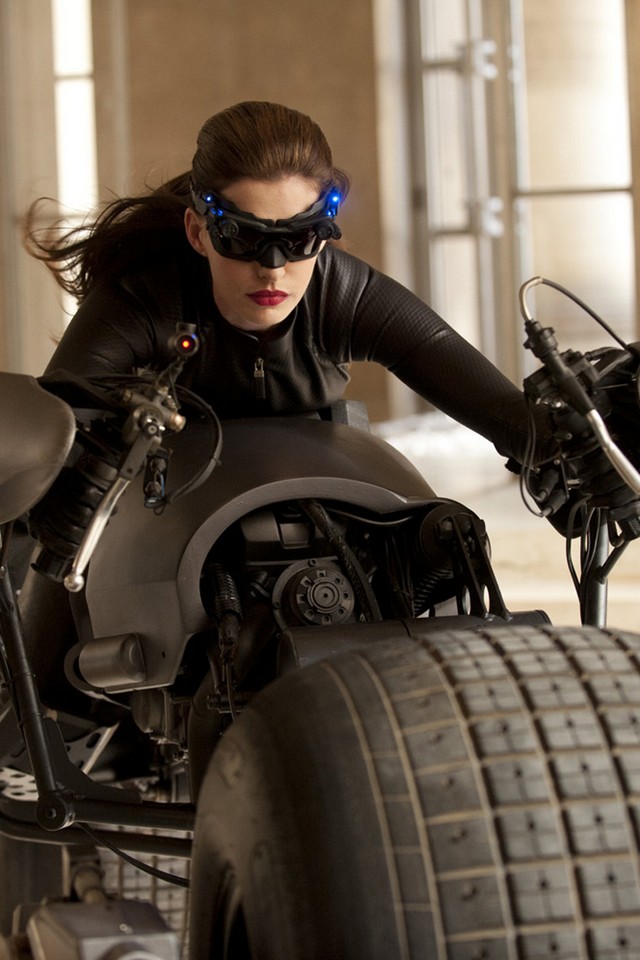 In the leaked pics, Anne Hathaway is riding the Bat-Cycle, which was featured in the last Dark Knight film. So that raises the question, is she a villain or is she a good girl, or Both.  This new character update came with a few other surprises, a new fight scene was captured at Heinz Stadium in Pittsburgh, Home of the Steelers.  With three Tumblers storming the field of the “Gothams Rogues” and then a few big explosions, this film is sure to keep us guessing.  Sources have said that a few of the Steelers, such as Hines Ward and Ben Roethlisberger also have small cameos in the film. 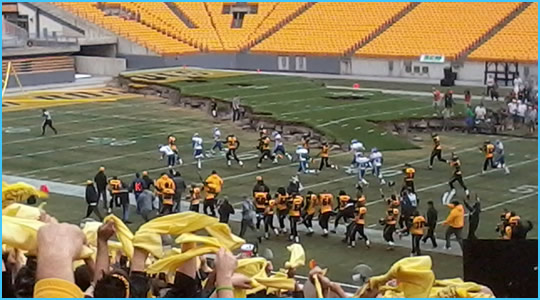 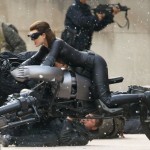 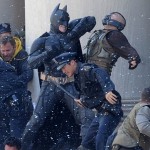 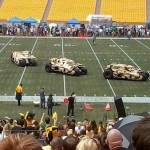