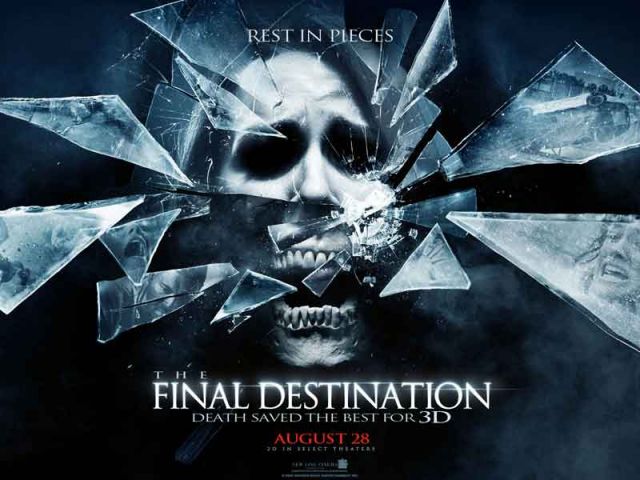 Could it be your fate to watch the fifth installment of the Final Destination Series. Director Steven Quale and writer Eric Heisserer thinks so by bringing back this supernatural thriller where Death is claiming his soul properties once again. This time a group of co-workers (Nicholas D’Agosto, Emma Bell, Miles Fisher, Arlen Escarpeta and David Koechner) nearly escape a tragic bridge accident. Their luck starts to run out, but a tip from the creepy Coroner Bludworth (Tony Todd) give the group the idea to replace their fates with others. Will they figure out how to beat Death before they drop like fly’s?  Your will the fall victim to Death’s collection tour.