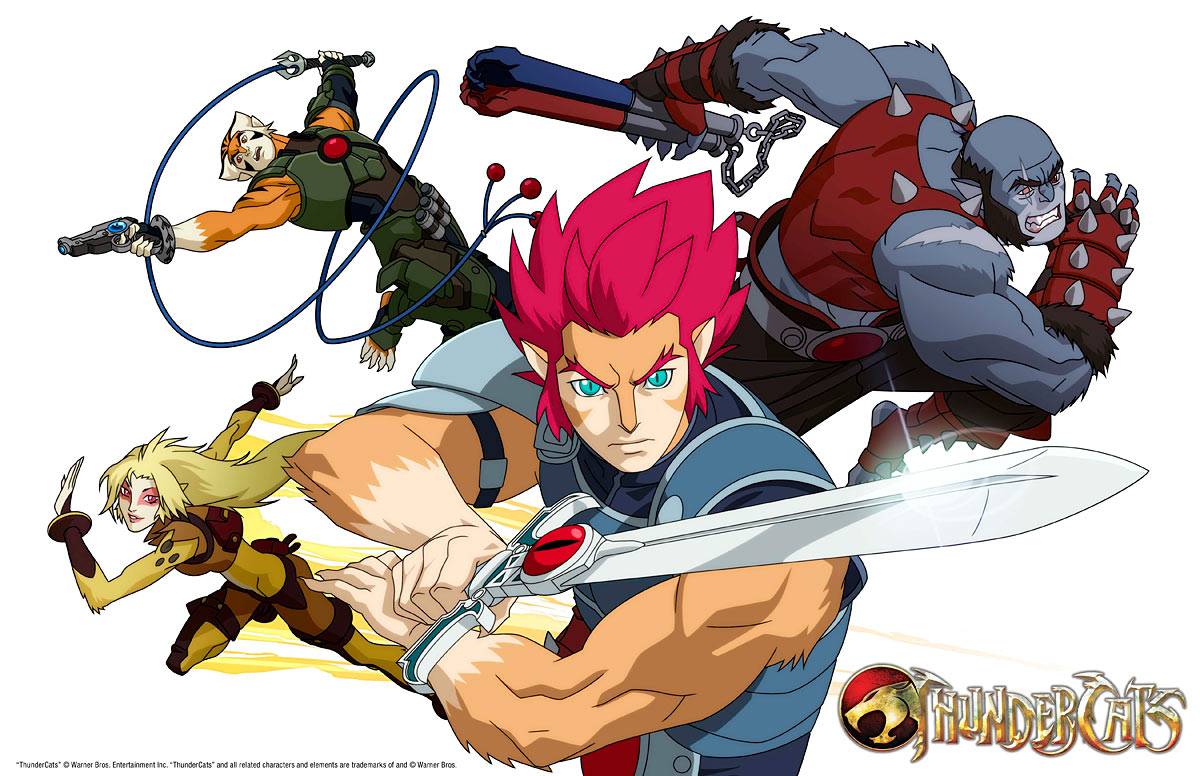 If your an 80’s baby, it’s been over 20 years since you’ve seen a new episode of the animated series Thundercats.  Well the Cartoon Network has revived the epic story of a group of Cat-Like Species from the planet Thundera. When their planet is under attack the heroic pack must flee their destroyed world on a quest to find the Book of Omens. Led by Lion-O the pack  includes, Cheetara, Panthro, Tygra, WilyKit and WilyKat, and Snarf. Together they must battle Mumm-Ra, a mummified evil sorcerer and his goons as they try to steal the Book and Lion-O’s secret weapon, the Sword of Omens. Together these too artifacts give the possessor Ultimate Power.

With rumors of a film in the works, then put on hold, fans were unsure if they would ever see the Thundercats again. Until in 2010 Warner Bros. gave the characters a sharpened new age design compared to the 80’s version. The animation was provided by Studio 4°C.

With a new cartoon, comes new Action Figures.  With the holidays a few months away, Warner Bros. have produced replicas of the characters for collectors as well as children.  I can remember showing off my Lion-O action figure in my Kindergarten class for show and tell.  So don’t let your kids miss out on the come back of a classic.