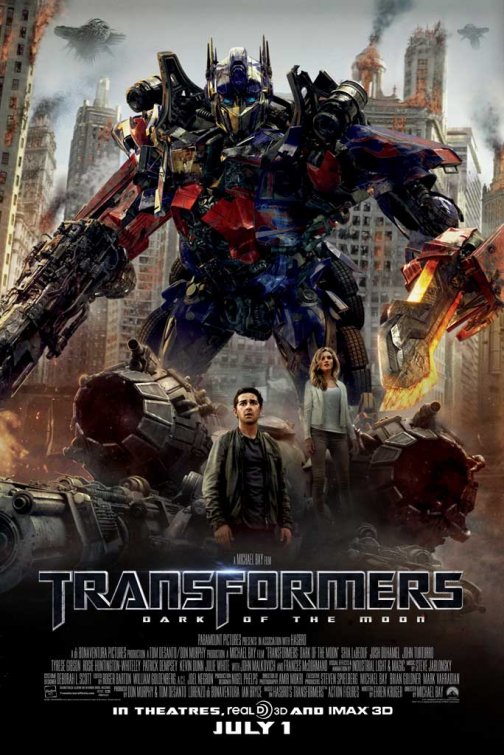 The time has come for the Auto-Bots to protect Planet Earth for the Decepticons for the finally time. The much awaited third installment of the Transformers series is here: Dark of the Moon.

With more Robots, more explosions and a new girl, director Michael Bay brings his magic to the table with this film.  Shia LaBeouf returns as the main character, Sam Witwicky, who has been trying to rejoin the normal human race and get a regular job until he realizes his fate again. When news of a secret ship on the Dark side of the Moon is revealed to Optimus Prime, there is only one Auto-Bot that can change the output of this war, and Optimus must find him and resurrect him before it’s too late. It get a little tricky when Sam’s new girlfriend, played by Rosie Huntington-Whitley, is working for a corrupt human-slave (Patrick Dempsey) whom is helping the Decepticons plan to intersect the Auto-bots and take over the planet.  Other returning cast members include, Tyrese Gibson, Josh Duhamel, parents Kevin Dunn & Julie White, and surprise appearances by John Malkovich & Ken Jeong (Hangover 1&2).

In addition to the new cast members, AWESOME new Auto-bots were added, a Ferrari 458 Italia , a newer concept Chevrolet Corvette and even 3 Nascar Racers giving the good guys a pretty good chance against the evil Decepticon Army risen from the far corners of Earth and the Moon. 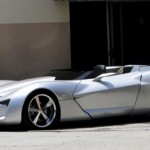 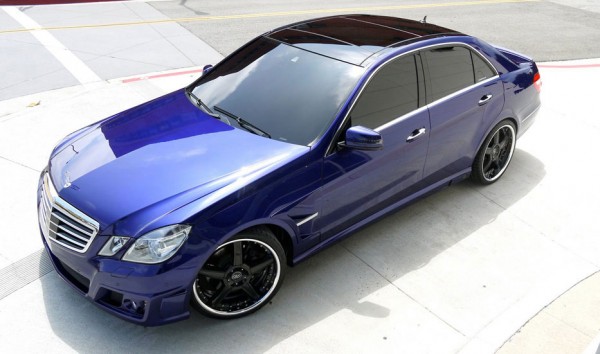 After some disappointed fans complained about the second installment not living up to the original film, Michael Bay promised fans a bigger and better movie. After seeing the preview screener, I must say Bay has done it.  With incredible 3D action sequences, great visual effects and many humorous one liners from every character; this movie is a must see for the summer.

P.S. Question: How can the new girl, Rosie, keep her White jacket clean the whole movie?