Mtv’s JackAss actor Ryan Dunn (34) was driving in West Goshen Township, Pennsylvania early Monday morning when he was involved in a fatal crash, killing himself along with his friend and former member of the Navy , Zachary Hartwell (30).  Dunn’s Porcshe GT3 lost control at an estimated speed of 130 mph and flipped into the woods and bursted into flames.  Both men were pronounced dead at the crash scene. 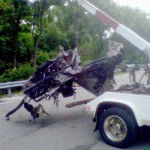 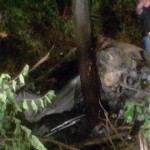 ODD NOTE: Dunn tweeted a snapshot of him and a few buddies celebrating and drinking right before the crash. In the pic it’s clear that drinking was in the situation. Witnesses have stated to the media that Dunn had consumed multiple beers and shots throughout a four hour period prior to the accident.

The puzzle is still being put together by investigators, but the facts still remain. The celebration was reported to be for a new project that Dunn had been working on.  What’s creepy is the title of the movie is, “Living Will”. The parallels between the movie and Dunn’s death are a little frightening once considered.

“Ha Ha  I just got back from the Special Olympics, Being dead is the best thing that has ever happened to Me” -Dunn form the movie, Living Will.

JackAss Co-star Bam Margera, Dunn’s best friend, visited the crash site after receiving word in Arizona that Dunn had been in an accident. Local news got a few minutes to hear what Bam had to say.  Johnny Knoxville along with other co-stars were devastated upon hearing the news of there friends death,  he tweeted.. 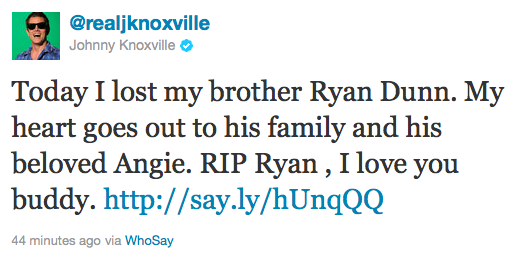