With the release of GREEN LANTERN, DC Comics is not about to let Marvel rule the box office for long. With early rumors of Will Smith or Common playing the Lantern, fans grew nervous about who would play the led. Ryan Reynolds ended up snagging the led role in DC’s new superhero flix. Named People Magazine’s Sexiest Man of The Year and previously playing a Marvel character in Wolverine, Reynolds was a surprise to all.

With his witty remarks and joking all the time, Reynolds plays Hal Jordan, a fearless jet pilot. His life has a galactic change when he is given a ring and chosen to be a part of the Green Lanterns, an intergalactic peace keeping security team. Jordan must learn the rings true powers and master them quickly as the arch nemesis Parallax threatens to destory the balance of power in the Universe.

The official Atlanta screener was held at Atlantic Station’s AMC theater.  V-103’s DJ Green Lantern hosted the screener as well as the official after party at Tin Pin. Other socialites that came out to support the release of this action 3D flim were, Rosco Dash, Football player Rennie Curren, D. Woods, Issac (Ike Dirty) Hayes III, Strings, Brandi from the group Blaque, Sheree’ Whitfield of the Atlanta House wives and DJ Trauma. At the after party fans got to experience the new X-Box 360 Green Lantern Game, sip of Green Lantern Drinks and enjoy the whole VIP lifestyle. 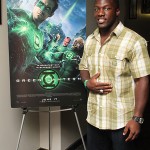 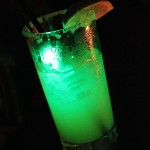 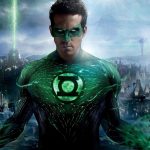 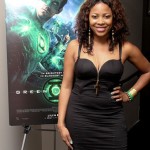 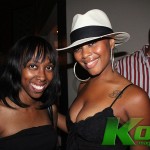 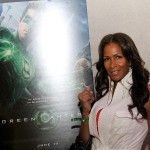 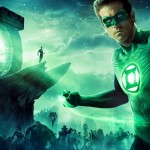