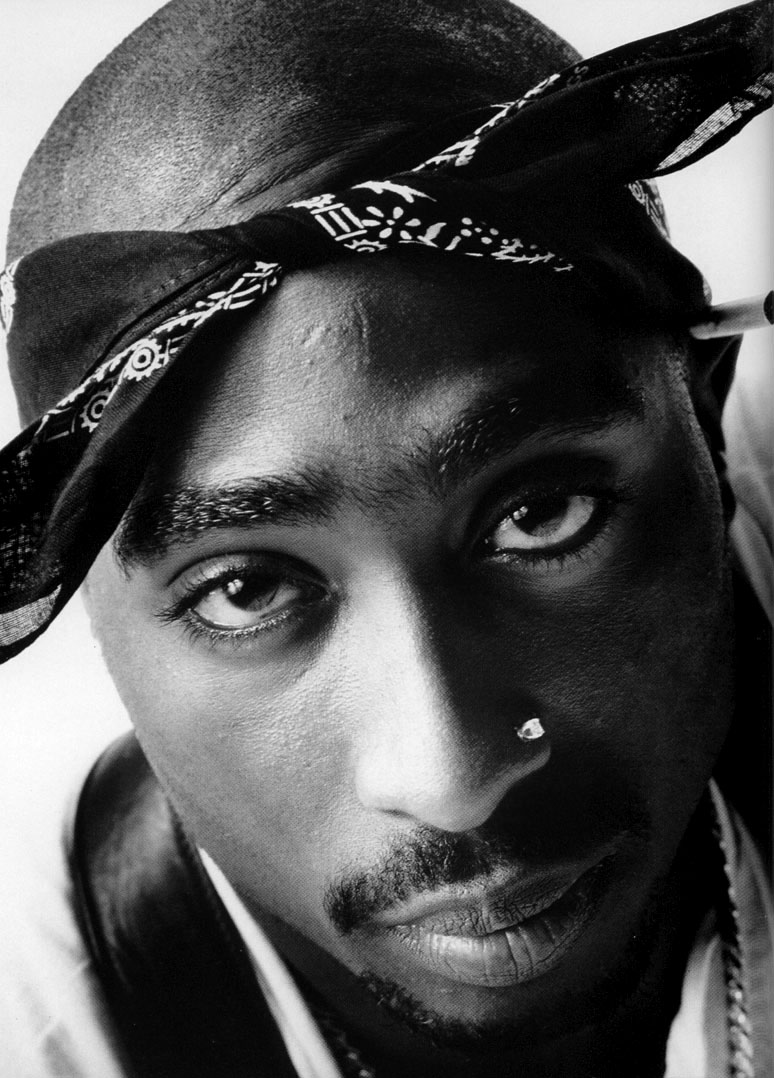 15 years later after the death of west coast rapper/poet Tupac Shakur, his mother can final sleep knowing who shot her son in the lobby of Quad Studios in New York City.  Luckily Shakur survived that attack in 1994, but was later Murdered in Las Vegas in 1996.   A few weeks ago convicted felon Dexter Isaac, released a letter stating he was paid by music executive Jimmy “Henchman” Rosemond to execute 2Pac. 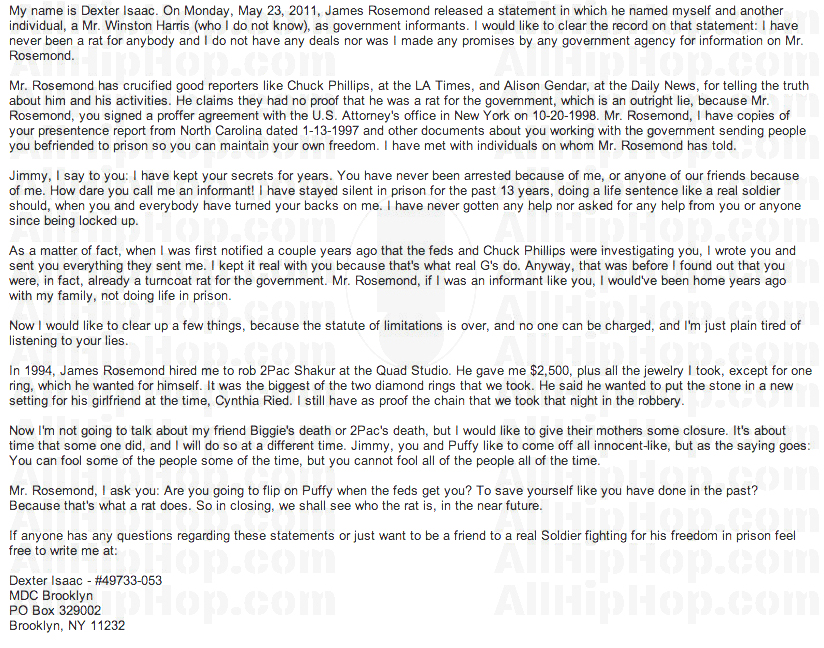 This letter names a lot of people, 2 Pac, Biggie, reporter Chuck Phillips, James Rosemond (Jimmy the Henchman) and even Bad Boy’s founder Puffy, P.Diddy, Sean Combs. Dexter states , “Im just plain tired of listening to your lies.”  This letter is not only a confession, but also may discover deep truths about the Ol’ East Coast vs. West Coast Hip-Hop Murders. Let’s pull out a few pieces to focus on. 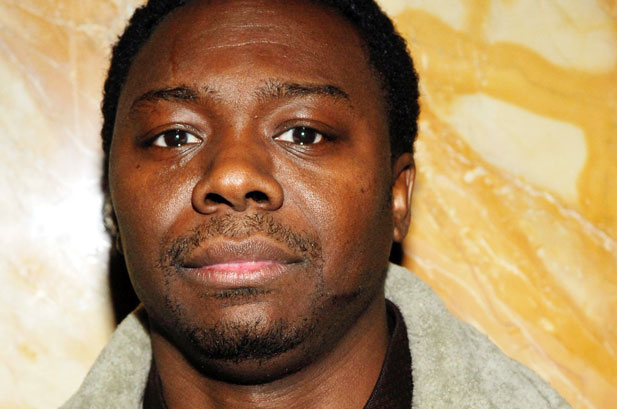 “Now I would like to clear up a few things, … James Rosemond hired me to rob2Pac Shakur at the Quad Studio.”

Now Dexter Isaac opted on implicating anyone in the Death’s of both rapper legends, but states it will come soon enough. What’s odd is the Puffy Mention?

“You and Puffy  like to come off all innocent-like, but .. you cannot fool all of the people all of the time.”

“Are you going to flip on Puffy when the feds get you?

These are pretty open statements, but they are also very blunt.  Rosemond has recently turned himself into authorities after a federal warrant was issued for his arrest for involvement in a huge Drug Ring operation reaching from coast to coast. Does this have anything to do with the Murders of 2Pac and Biggie or even the attack against 2Pac at Quad Studios? It looks like someone is holding some TRUTH inside and is about released to the FEDS.

Thanks to AHH & SOHH for the investigative Reports.