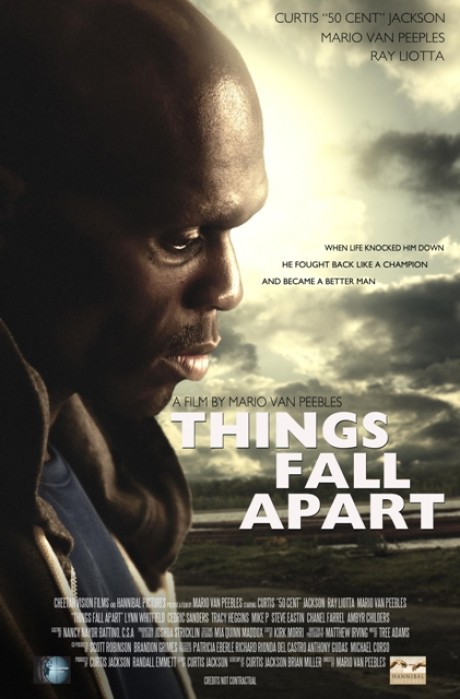 A few months ago images of a sickly “50 cent” leaked,  exposing his dedication to one of  the best performances seen from Curtis “50 Cent” Jackson. These images circulated all over the Internet without a word of when anyone would be able to expect this film to hit the silver screen. To our surprise and honor Director Mario Van Peebles hosted the films premiere at the 2011 Atlanta Film Festival.

THINGS FALL APART written, produced by, and starring Curtis ’50 Cent’ Jackson as Deon, an NFL bound college athlete on top of his game, both on and off the field. Being the star ball player earns Deon the obvious attention of the ladies, topped with the typical jock ego and careless personality. With the National Champsionship only 2 weeks away, tragedy strikes and halts the family’s dreams of moving up. While struggling againest  medications, Deon must also learn how to fight in a world that once gave him a free pass for success. With mother, Lynn Whitfield and father figure Mario Van Peebles, pushing him to get back on his feet and ready for the draft, Deon must deal with haunting of his now lost popularity. With a life suggestion from his doctor, Ray Liotta, Deon decides enough is enough and time is running out. Will Deon shed his dead weight and become a better man before it’s too late?

Director Mario Van Peebles at the screening at the ATL Film Festival, sharing some interesting points about the film and its process of production.

We were pleased and delighted to see a film about an African American family, infused with the obvious humor of both Mario and Curtis,  Things Fall Apart offers a comically dramatic tone. The film incorporated a amense amount of guidance and support through Eric, the surrogate father and male figure to Deon and his younger brother. A concept that “Both 50 and I talked about,” says Van Peebles “50% of young black men are dropping out of high school, because they believe they want to be rappers and ball players… the truth is [If you try to be a brain surgeon and you fail, you may still became a doctor, if you try to be a dream team attorney and you fail, you may still be a lawyer; but if you try to be a ball player and you fail, you’re a tall brother washing dishes..and if you try to be a rapper and you fail, you’re a broke brother with rhymes.”  We were personally touched by the Love and Leadership in this film, based on the life of a close friend of 50 cent; this story is both touching and motivational. “A lot of us are going after things with a very narrow target, I thought wouldn’t it be cool to do a movie with 50 and reach a constituency that we don’t typically get to talk to. Because a lot of us are not connected to our dads, we are really short changed on that passing of knowledge.” 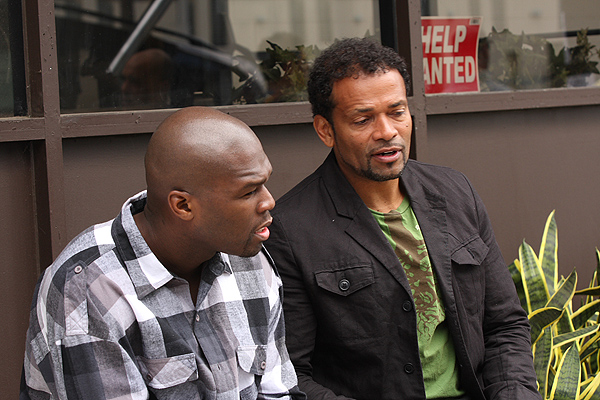 This is the best trailer we could find.. No set date for Big Screen Release.

For other works by Director Mario Van Peebles