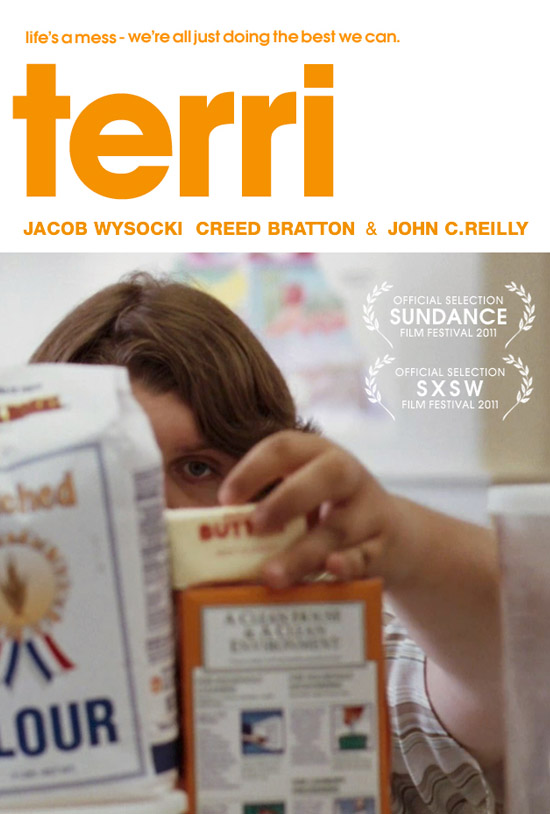 We got exclusive access to this year’s Atlanta Film Festival and we’re bringing you a first hand look at some of the main features. Opening Night featured the movie TERRI, directed by Azazel Jacobs.  The movie stars Jacob Wysocki as a high schooler that has became content with being a loser.  During his teenage travels he is asked to join the school’s odd kids in the Vice Principal’s office (John C. Reilly – Walk Hard) for private sessions.  The more Terri is amongst the odd kids, the faster he realizes he’s not just special, he is ODD.  During the film Terri and the Vice Principal build an interesting relationship and have some hilarious conversations on life.  Terri’s life as an odd kid changes when he stands up for popular student getting picked on. After that it’s all down hill for Terri.

“I tried to make a movie that you don’t expect what direction I go”, says director Azazel Jacobs.