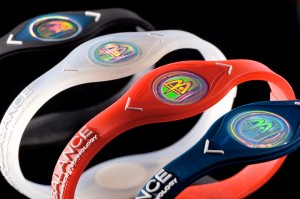 When it comes to trendy bracelets and interesting gimmicks you start to think, slap bracelets, WWJD bands, the Nike yellow strong band, and now the newest band to strike consumers, the Balance Band. When you visit the local mall you see these people selling these  scientific balance improvement bands, they ask you to perform a few simple tasks to show you how the bands work. Priced between $5-$25 consumers all over the nation are purchasing these bands on the hopes and dreams that it will cure your balance issues, make you stronger, and improves flexibility.

So Kore Magazine went on a hunt to uncover the truth about these magical bands and help consumers make wiser spending decisions.  We caught up with a local consumer and ex-seller named Eric, which was wearing a bracelet, and asked him how he felt about the bracelet.  He asked us if we wanted the truth, “Of course we do”, we answered.  So within a few minutes he explained the real deal, the most interesting point, the stretching move. The salesmen ask you to reach down and touch your toes. Then they put the wrist band on you and ask you to try again, showing you that it makes you more flexible. Eric explains how it’s a trick, your muscles aren’t ready to stretch the first time, but the second time your body allows you to be more flexible. The second fault Eric explained was during one of his presentations he forgot to take off one of his bands and demonstrated the strength of the Balance Band. Oops.. He laughed and said it was a stupid mistake that exposed how fake the product was.

Now of course the above statement is just one local consumer’s opinion, right? Well we also found some other interesting facts. Power Balance, a wrist band company from Orange County, California went through some legal trouble over their misleading and deceptive advertisement practices. PB has spent millions of dollars on the marketing campaign that include professional athletes wearing their bands. Showing how superstars believe in it, why shouldn’t you? Ever think they were paid to wear them. Little Bracelet = Check.. OK.

The Australian Competition and Consumer Commission ruled in Dec, 2010 that,  “The bands were not supported by any credible scientific evidence.”After this ruling the company was forced to retract advertisements and publish a corrective ADs in certain markets, also allow consumers to get refunds at request and remove the words “performance technology” from the brand. This ruling is slowly making it’s way around the world and in other countries, including the United States.

With all that being typed, What do you think? Tell us your feelings and expereinces..