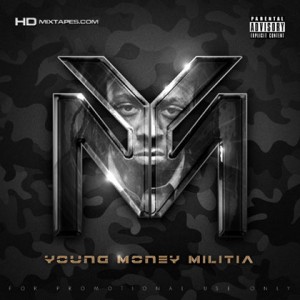 Lil Wayne and his music empire Young Money are not backing down from this war, releasing thier new YM Mixtape, Young Money Militia.  A few years ago headlines broke of the superstar rookie Drake signing with YM after a huge label battle between Warner and Universal.  So close to Lil Wayne’s YM, Warner Music didn’t have a chance even with a $2 Million deal. YM also signed Nicki Minaj, which turned out to be the biggest female rapper of the past decade or so.  The snatched up Tyga, which was a part of Chris Brown’s hit single ‘Dueces’ and plans to drop his album “Careless World” this year.

Now we here in 2011 and fans can only imagine whats going to happen next?  With many albums set to be released this year YM appears only to be Taking Over. Wayne is scheduled to drop “Tha Carter IV”on May 24th, Wayne and Baby are coming out with a sequel to “Like Father, Like Son”  in June. Drake is ready to drop his next album titled, “Take Care” in mid-Sept.  Mack Maine,Jae Millz and Gudda Gudda also plan to release this year. 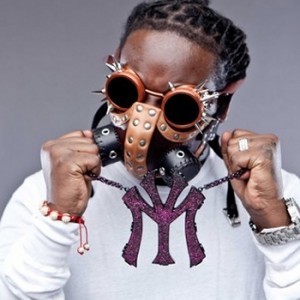 It’s Alive, ALIIIIIIVE!  The monster T-Wayne has risen. The collaboration of two of hip-hop’s biggest stars might have finally became a reality, when rumors that Lil Wayne signed Faheem “T-Pain”Najm to YM.  With T-Pain ready & waiting since last summer to drop his next album, ReVolveR,  we’re not sure how the jump fromAkon’s Konvict/Jive to Universal/Cash Money/Young Money will be.  One thing is certain, a collaboration with Chris Brown was released from the up coming album, single titled, ‘Best Love Song’. Take a listen..

On an Extra Note:  T-Pain is set launch a new gizmo that allows his Fans to have a lil touch of Pain in their music called, I AM T-PAIN mic.  The microphone allows singers to have the same auto-tune effect as the outrageous musician, and also includes 5 Nappy Boy produced tracks so you can bust a freestyle wherever you may be. Estimated cost $40.