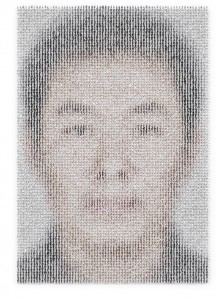 The Most Typical Face has been revealed, and it’s a 28 year old Han Chinese man. According to Nat Geo’s ‘Population 7 Billion’, the planet has more Men then Women, the average age is 28 years old, and China has the most people.
National Geographic complied nearly 200,000 photos of men that fit the description and with computer graphics were able to come up with a composite photo.  They state that the world has roughly 9 million people that look like this.
You might think that China has too many people, but it is said that India will have the Most Typical Face in the year 2030. With a growing population of nearly 1.15 Billion people, as of now India is the second largest populated country in the world, following China’s roughly 1.25 Billion people.
“Population 7 Billion”  by Nat Geo Mag