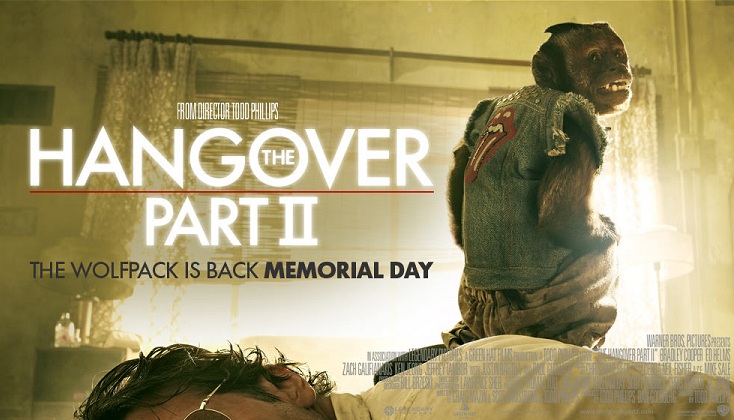 The Wolf Pack is Back! The funniest movie of 2009 has a sequel hitting the big screen this Memorial weekend. The Hangover 2 brings back most of the old cast, Bradley Cooper,Zach Galifianakis, Ed Helms, Justin Bartha, Ken Jeong and Mike Tyson. Director Todd Phillips returns and brings a few addition surprises including, Bill Clinton, Liam Neeson and Stu’s new Fiance played by Jamie Chung( MTV’s Real World). Mel Gibson was set to play a role but with all that’s going on with him the cast voted for Liam instead.

This time the Wolf Pack take it to Bangkok, Thailand to celebrate Stu’s wedding and get mixed up with Mr. Chow again. What happened in Vegas stays in Vegas, but what happens in Bangkok is unforgettable. With a soundtrack gifted by Jay-Z  this should be one summer blockbuster you must see in theaters May 26th.