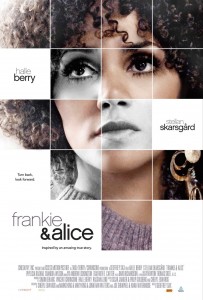 Halle Berry is on the silver screen again after a small personal hiatus. Ten years in the making, Halle attached herself to this true story and pushed to make sure it comes out.  If you have been following Halle, you already know she’s been labeled as have physiological issues, so with no surprise she’s a perfect fit for this role.

Berry plays an angry stripper (Frankie) that struggles with hersplit personalities to  uncover her true past. The real problem is apparent when her personalities start to take shape in reality as her mother, played by Phylicia Rashad, tries to deny it. Having to battle between a young racist white women, a scared child (Alice) and her typical self, Halle Berry must face her gloomy past and maintain her sanity.