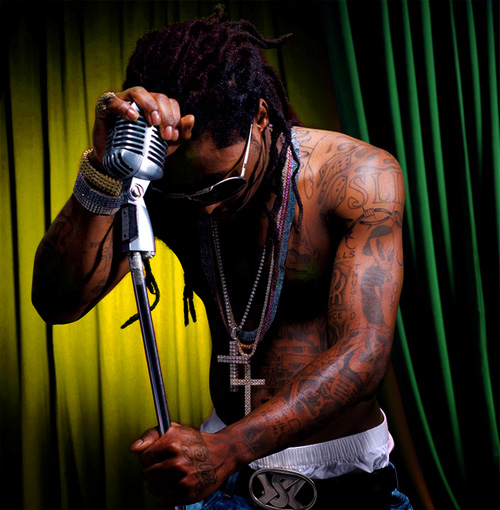 Lil Waynelaughs and makes his own Super Bowl Anthem. ‘Green and Yellow’  is the newest remix to Wiz Khalifa’s Pittsburgh anthem. This weekend in Dallas Texas both teams, The Packers vs. The Steelers, will battle it out for a Superbowl ring and rapper fans seem to be doing the same.  Many other MC’s around the nation are making remixes to Wiz Khalifa’s chart topper, ‘Black and Yellow’,  like Jermiane Dupri(Black and Red/ATL Falcons) for their hometown teams. It’s odd though, Lil Wayne being from New Orleans, home of last years Super Bowl champs The Saints, and he’s now a long time Green Bay fan, or maybe he’s just starting a lil competition with this verse..

“Got a call from my homey, this just in, The Packers in the Super Bowl and they better win.

They call him Big Ben, but he weak, though, We in Dallas, but we Lambeau Leap, ho”.

Khalifa’s single will be featured on his up coming album ‘Rolling Papers’. and Lil Wayne’s album,  ‘I Am Not a Human Being’ dropped in Sept 2010.