They did it again! Marvel and Capcom decided to release the 3rd installment of the Fighting Game,Marvel vs. Capcom 3: The Fate of Two Worlds.  Many fans of been waiting about a decade to see their favorite comic characters in this new animated battleground.  Set to launch Feb 15th, 2011 this video game will be featured on the Playstation 3 and the XBOX 360 consoles.

What makes this game special is the Living Comic Book Art Style and the cutting edge Graphics Engine (MT Frameworks), which is the same engine that is used in Resident Evil 5.  Another new feature is the 3 on 3 playing mode, where you can build your strongest team to take on your opponent. With popular returning characters including Spider-Man, Ryu, Wolverine, Iron Man, Hulk, Captain America, Felicia, Chun-Li, Tron Bonne, Magneto and Doctor Doom. New characters joining the playable cast for the first timeinclude Chris Redfield, Thor, Trish, Super-Skrull, Amaterasu, Dormammu, , Wesker, X-23, Arthur, Deadpool, Nathan Spencer, M.O.D.O.K. and Dante!

We had a chance to play and test the Game at Ambient Studios while it was still in it’s programming stage. 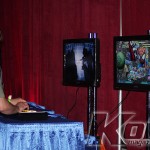 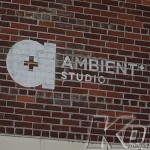 To see how the game looks click here Video or GamePlay . Thanks to The GC.