The once World Heavyweight Boxing Champion Mike Tysonhas always had an obession  with Pigeons. Whether it’s Racing Pigeons, Breeding, or just a simple love for them, Tyson is opening the doors to his world. “Iron Mike” is scheduled to have his own 6 part mini series launch on March 6th on Animal Planet, the documentary will focus on his obsession with pigeons and the life around it. Mike Tyson has been in and out of the eye of the press, recently releasing a DVD about his life, in 1992 being convicted of rape, also hold the Crown of  3 World Championships. But Mike is back with the show ” Taking on Tyson”, it will show  a more relaxed side of him, stating to reporters

“I have a pretty colorful past. But this show is all about the pigeons. This is what we do. My life has been dedicated to pigeons, even when I have been fighting or getting locked up. 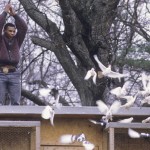 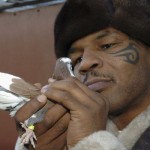