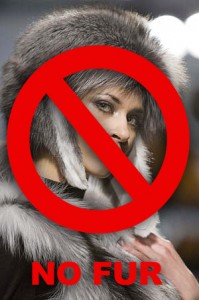 Breaking News! This February The Norwegian ‘Oslo Fashion Week’ has officially band the use of Fur in any part of the show. With over 220  fashion industry insiders supporting the band, including the Norwegian Elle and Norwegian Cosmopolitan magazine’s the General manager, Paul Vasbotten made an easy choice. He told reporters,

“It has been a very natural choice for us because we do not want [Oslo Fashion Week] to appear as an arena in which to promote products based on the treatment of animals [as] prohibited by animal welfare concerns in several countries.”

With many countries around Norway hosting Fashion Weeks that still support the use of furs in the shows, the decision to band furs in Norway’s Fashion Week is making history. Will the rest follow, or will Norway be the only one?