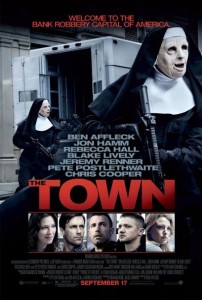 In Boston there is a neighborhood called CharlesTown, which produces more bank robbers then anywhere else in the nation. With the tradition handed down from generation to generation a group of young man plan to take on a few more jobs. When a heist doesn’t go as planned and one of the robbers is compromised the group leader must fix the problem before they all get caught. What makes this movie intense is that they decide to pull another heist while FBI is hot on there tail. What will they do?